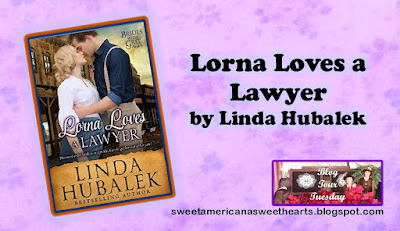 A sweet historical romance set in 1873. Lorna Jantz left Boston looking for adventure, signing up as a mail-order bride for a rich Kansas rancher. But, the groom only becomes rich after taking off with her money, after their twenty-four hour marriage. Which left Lorna in a pickle, stuck in a little town with no money, no home and a growing belly.
Lyle Elison was one of Boston’s worst, a spoiled, rich merchant’s son, until enforced time on the family’s Kansas ranch made him see his purpose in life. After training in Boston, he’s back in Clear Creek, Kansas, as the town’s new lawyer.
Backgrounds make Lorna and Lyle connect, but time spent together makes them good friends, willing to help each other face their respective problems. Lorna needs help tracking down the louse who stole her money and left her in a family way. Lyle needs to be married by his birthday to receive his inheritance from his grandfather’s Will.
In between their capers, each falls in love with the other, secretly wishing they could confess their love and be together forever. But first, they have to find Lorna’s wayward husband before Lyle’s birthday. 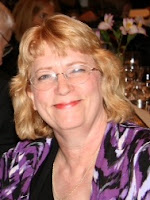 Linda Hubalek grew up on the Kansas prairie, always wanting to be a farmer like her parents and ancestors. After earning a college degree in Agriculture, marriage took Linda away from Kansas as her husband worked in engineering jobs in several states.

Meanwhile, Linda wrote about pioneer women that homesteaded in Kansas between 1854 to the early 1900s, especially her Swedish immigrant ancestors. Eventually the Hubalek's returned to Kansas, back to the area Linda's ancestors settled in 1869.

Her historical fiction book series are Butter in the Well, Trail of Thread, Planting Dreams and the Kansas Quilter.


plus more Brides with Grit stories to be released in the future.
Also read Lilly: Bride of Illinois, a spin-off book in the American Mail-Order Brides Series.

Posted by Zina Abbott Author at 9:24 AM