A baffling question that has perplexed historians for years is, with all the big money and publicity around Abilene, Kansas, (1867-73) why the little town never experienced a major holdup or robbery during its hey day period.

I have some light to shed on the subject!  Without firing a shot, Jesse James and his notorious gang of outlaws once “captured” Abilene to serve them as a secret hideout!  It was one of the oldest “protection deals” ever recorded in the rip-roaring early west, when cattle were king and guns were the law.

What made their daring escapade even more sensational was that they concocted the scheme  and pulled it off with the cooperation of Wild Bill Hickok, who was Marshal of Abilene at the time.  This deal remained one of the best kept secrets of the wild west cattle drive days. 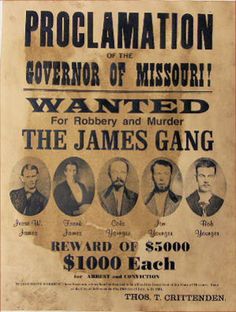 The James gang would ride into the wide open Longhorn capital for rest, fun, frolic and supplies before going out to stage their next  run on banks, stagecoaches and trains.  They came and went unmolested.

In fairness to Hickok, it should be clarified that according to all records, he carried out his part of the bargain – unwillingly and without any monetary reward.  In return for protection James made a pact with Hickok to “lay off” the rich cattle business, banks, payrolls and other inviting booty.
Verification of this information comes from copies of original documents from people who were involved.  Most of them were obtained from handwritten diaries of J.B. Edwards, an Abilene merchant-historian and the last man alive who was a personal acquaintance of Wild Bill Hickok. 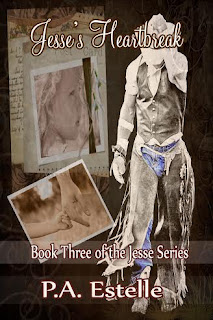 Jesse and Ginny Mason’s world is shattered when Amanda Hill comes to Abilene, Kansas to try and take three-year old Sarah away from them.  Little Sarah’s father died before she was born and his family wants the girl to come to Pennsylvania and live with them, and they have the all the money and expertise they need to make that happen!

The Hill’s can offer the little girl prominence and station in life, while all Jesse and Ginny have to give is their complete devotion.  Which will the Judge choose – money or love?
Jesse’s Heartbreak is a sweet Christian romance that will make you smile and shed a few tears!

“Mrs. Mason.”  Ginny turned to see Amanda Hill standing next to the wagon.  Ginny shot back around, face forward and back ramrod straight!  “Please hear me out for just a few minutes.”  Ginny still didn’t turn her way.  “If Judge Horn grants me custody,” Ginny sucked in her breath, “or even partial custody, do you want Sarah having to leave with a woman she doesn’t even know?  I’m a stranger to her.  She never knew her father, so even though I’m an aunt, that will mean nothing to her.  Only that a strange woman is taking her away.  If I come out for a few days we can at least get to know each other.  If he decides in your favor, I have at least gotten to know my niece for a few days.”

Ginny put her hands in her face and her shoulders shook with sobs. Jesse rounded the wagon, furious.  Amanda gasped and took a step back.  “You listen to me.  I don’t…”

“Jesse,” Ginny said, stopping him.  “She’s right in what she is saying. I can’t have Sarah being taken by some strange lady she has never met.  That would destroy me.”  Ginny wiped her eyes.  “We have a new bunkhouse and the men won’t be moving in for a month or so.  You can sleep there.”

Ginny watched as Jesse’s whole demeanor deflated.  He got back up on the wagon seat.  Ginny gave the woman one last look.  “You can come out in a few days.”

Jesse put his arm around Ginny as they started down the road.  Neither heard the whispered “I’m sorry” or saw the sympathy in her eyes.

I’d love to draw one commenter’s name for a free copy of Jesse’s Heartbreak.  Be sure to leave your email address!

I write for all ages, from the early reader to adults.  My books range from pictures books for the little ones, to fantasy, time-travel adventures for ages 9 to 13. I also write adult stories, including a family drama and contemporary, paranormal and historical westerns romances, under P. A. Estelle.


I was a school secretary for 21 years.  My husband and I moved to our retirement home in Kingman, AZ, on very rural 54 acres, living on solar and wind only.


More about my books can be found in the following links: