The Evolution of Photography

I find photographs very useful as I'm researching. I enjoy creating the setting of the places I write about, and when I can see what those places looked like over a hundred years ago, it ignites my imagination and allows me to place my characters there. 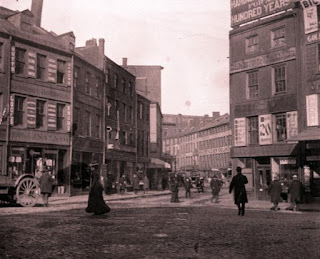 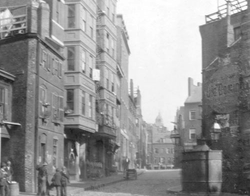 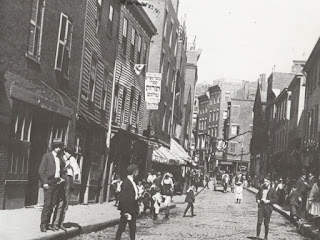 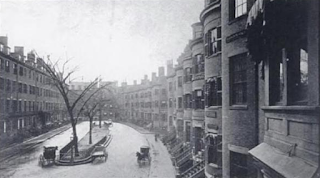 Can't you just imagine walking along those streets to run an errand and then returning home to one of these row houses? Or riding in a carriage because the distance was too great? I'm so glad photography was invented in the era I like to write about.

In fact, photography was becoming quite the thing by 1839, which is known as the birth year of "practical photography." (I don't know if that means photography before that time was impractical ...) The shifting from the metal-based daguerreotype process to the paper-based calotype negative and salt print processes invented by Henry Fox Talbot meant that it was more feasible to take photographs, and it was now much more possible to give copies of those photographs to your sweetheart to carry around with them or perhaps put on their dresser in a frame. (We all need something to swoon over from time to time . . .) 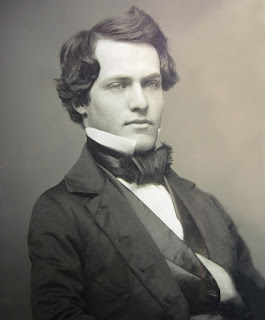 That's certainly progress from the first pictures ever taken: 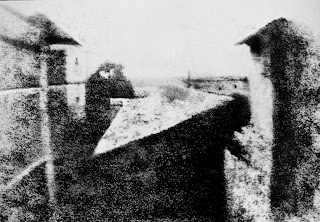 Wikipedia says this is the oldest surviving camera photograph, taken in 1826 or 1827 in France.

I remember when I was about ten and getting my first camera. It held 110 film, and you had to buy separate flashes, like so: 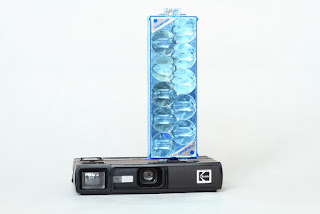 This isn't my exact camera, but you get the picture. (Get it? Ha ha ha ...) You could only use each flash once and then you had to discard the cartridge, so you'd better be sure you liked that thing enough to take a picture of it.

Then I moved up in the world and got a 110 camera with a built-in flash. I thought I was so awesome.

What was awesomer than awesome, though, was 35mm film. That was so ... high-tech! I got my first 35mm camera when I was fifteen. I thought nothing could be cooler than that.

Today, of course, we have digital cameras that can take pictures of things on a microscopic level. It's fun to think about all the steps of progression from then and now, and all the things we can learn from the pictures of the past.


***
Amelia C. Adams is the author of the Kansas Crossroads series, the Nurses of New York series, and now the Hearts of Nashville series. She has two books in the American Mail-Order Bride series as well. You can learn more about her at www.ameliacadams.com, and her first novel is free for your enjoyment by clicking here.