Caroline and Ben grew up together, shared a desk in their one-room school, shared a first love, and shared their first kiss. 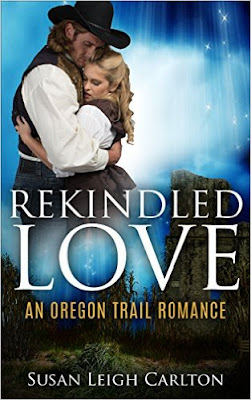 ‘At fifteen, Ben’s family sold their farm and joined a caravan on the Oregon Trail.
Separated by half a continent, Caroline and Ben both grew up and moved on, marrying, having children and losing their spouses. They meet again years later through the mail and find that initial spark rekindled, can they get past their grief and find each other, and happiness together?

Caroline and Ben, 1852…
“Your pa sold the farm?” a stunned Caroline asked. “Where are you going to live?”
“We’re going to Oregon,” Ben said. “We’ve already bought a wagon. We have to leave pretty soon so we can get through the mountains before winter.”
“But school won’t be out by then; you’ll miss the rest of the year.”
“I know; I hate that part of it.”
“Why did your pa decide to leave?” she asked.
“Brown spot has ruined our crops for the past two years. Pa says he’s had enough of that and the hard winters here. There’s two other wagons from around here we’ll join up with when we leave. It’s likely we’ll get in with others later.”
Always full of questions, Caroline asked, “How will you know the way?”
“Pa said we’ll just follow along with the others from here, and join up with a real train in Indianapolis, and go to Missouri, and then get on with a big wagon train on the Oregon Trail.”
“It sounds kind of scary to me,” Caroline said. “That’s a long way to go and you don’t know what’s waiting on the way or at the other end.”
“I’m not scared; there’ll be a lot of people with us. When we get there, we’ll have land to build a house. Besides, they give every family six hundred forty acres, and anyone over eighteen can get one hundred and sixty acres so in three years, I can have my own farm. This is my big chance to get started.”
“I’m going to miss you, Ben. You’ve always been my best friend. We’ll probably never see each other again. That’s going to be hard. I sort of thought I would be your wife someday.”
“I thought so too,” he replied.
“Goodbye Ben.” She rose to her tiptoes and kissed him on the cheek, and then joined her parents.

You may purchase Rekindled Love by CLICKING HERE. 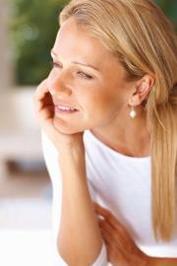 Susan Leigh Carlton lives just outside Tomball, Texas, a suburb twenty-six miles northwest of Houston. She began writing and publishing on Amazon in August of 2012.
Susan will observe the eighty-second anniversary of her birth on April 17th. She says, “I quit having birthdays, because they are depressing.” Susan and her husband will celebrate their fiftieth wedding anniversary on April 16th, 2016, the day before her birthday.
Susan has said many times, “One of the joys I get from writing is the emails I receive from readers that have read and liked my books. I even like the letters that are critical of the writing because it means the writer cared enough to take the time to write." Connect with Susan on her website by CLICKING HERE.


Separated by half a continent, their love rekindled with
@susanleighcarlt REKINDLED LOVE bit.ly/1RwW7d5
#SweetAmerSweethearts
Posted by Zina Abbott Author at 8:16 AM