Blog Tour Tuesday: THE SPIDER AND THE SPARROW

May 1915. After tragedy strikes during the Second Battle of Artois, Frenchman Julian Olivier will do anything to get out of the trenches. So when British Intelligence recruits him to spy behind enemy lines, he jumps at the opportunity. Just before he begins, however, he has a chance encounter with a young French woman who leaves his heart marked for the remainder of the war—even if he doesn’t know her name. 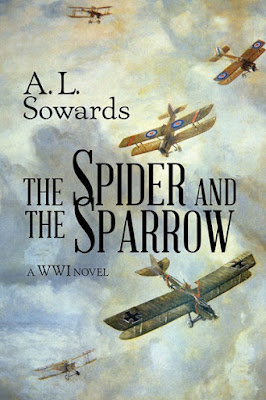 Warren Flynn is a Canadian airborne hero, and dogfights with the Germans are all in a day’s work. Second only to his love of flying is his fascination with Claire Donovan, the daughter of an American munitions manufacturer living in Paris. Warren flies Julian into Germany and soon receives orders to post the Allies’ newest operative—an attractive peasant woman named Evette—in Claire’s home.

As a dangerous ring of spies and saboteurs threatens to turn the war against the Allies, Julian discovers goodness in his enemies’ hearts. But even if he survives, will he ever be reunited with the woman whose memory he can’t erase? Will Warren survive the war, and will Evette unearth the infiltrator in her own territory before it’s too late?


“Ah, Paris. Every girl’s dream.”
A soft smile spread across her lips. Something about her expression made the day seem a little brighter. “It wasn’t my dream. I like the village. But if I get a job at a factory in Paris, I’ll be able to take care of myself. My cousin said they pay factory workers a hundred sous a day.” 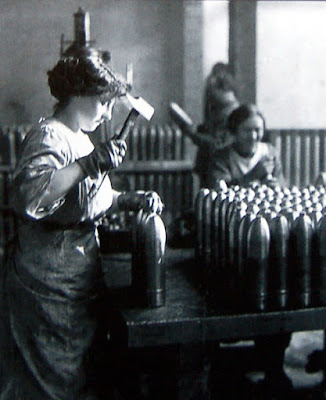 “That much?” Julian wondered if the cousin had given the woman false information, either deliberately or by accident.
“Maybe not to women, but still, a hundred sous a day! With money like that, I could live anywhere I wished.” She spread her arms like a bird as if she could picture herself flying away.
Julian grinned at the gesture and at the woman. There was something infinitely appealing about her face and the soft tones of her voice. He hesitated to give her reason to doubt her cousin, but he didn’t want her to have unrealistic expectations. “Do you know how much a poilu is paid?”
“No.” She turned her head toward him, her dark eyebrows lifted into delicate arches.
“Five sous.”
Her mouth opened in astonishment. “Five sous? Is that all?”
“That’s all. It used to be less.”
“My cousin was sure of her information.” She frowned. “But if a factory worker is paid a hundred sous a day and a soldier is paid only five, something is very wrong.”
“Pay discrepancies are the least of what’s wrong with the world.” He thought back to the trenches and the way the earth shook with each shell burst, the constant fear of being shredded by shrapnel, the rats, the lice, the rotting feet, and the endless mud. And you’re going back, back to the trenches. He held in a shudder.
The woman led the horse around a corner onto a smaller path. “The world may be falling apart, but that doesn’t mean factory workers should be paid twenty times what a soldier is paid. My brother’s in the army. It’s not an easy life.”
Julian glanced at her again, focusing on the dark purple bruise on her left temple. “Is life easy for you?”
Her expression grew guarded, and she turned away.
“How did you get that bruise?”
“I fell.” She wouldn’t look him in the face, and he knew she was lying.
They continued a few more paces, the silence awkward. “But you have hope life will be better working in a factory?”
She nodded.
“Perhaps there aren’t as many places to fall in a factory?”
She paused, her eyes meeting his, pleading with him to keep up the pretense that her bruise was the result of an accident. Eventually her gaze fell. “No, I don’t think there will be as many places to fall.”
“And how soon can you escape to the factory?”
Her voice was soft when she spoke again. “My brother has been sending me money. I think I’ll have enough to leave by the end of the year.”
She didn’t deny she was trying to escape something, and Julian didn’t press her as she halted the horse in front of a small farmhouse. He untied the bundles, and she took them inside. He followed with the first of the chairs. It was a one-room house, old and worn. A curtain partially concealed the home’s sole sleeping place, a pallet, probably made of straw. Through a back window, he could see a pair of women, one young and one middle-aged, working in the fields, and several small children running through the surrounding barley crop. There was scarcely enough room for the mother, and no place at all for the woman with the bruise.
They unloaded the rest of the belongings, and she followed him when he returned to the horse. Julian reached into his pocket and pulled out his money. Back to the trenches. He wished there was a way he could escape his fate. Perhaps he could at least help someone else escape hers. He kept enough for his train fare back to his post and handed her the rest. “Here, take this. For your train ticket.”
She glanced at his hand, then his face. “Oh, no. I couldn’t take your money. You’ve already been generous with your time.” She took a step back, retreating toward the house.
“Yes, you can.” He gently took her wrist, and she winced in pain. Confused, Julian reached for her elbow and pushed up her sleeve. A mass of purple and yellow splotches covered her forearm, matching the bruise on her temple. “From your fall?”
She easily pulled away from his grip. “A different one.” She was a mystery. Despite her lies, he sensed she was honest at heart. And despite the stoicism she had about her abuse, she was searching for a way out. There was iron underneath the fair skin and bright green eyes.
“I might not be alive long enough to spend this. Let me at least know I’ve helped you get away from whoever it is that’s hurting you.”
“But I . . . I’m not a charity case.” Her voice wavered, and slight lines formed around her mouth as she set it in determination.
“And I am not a philanthropist.” Julian was far too poor for that. “But I am a soldier about to return to the ugliness of war. Let me help you so I can have one beautiful memory to take back with me.”
She hesitated, and he could read a swirl of emotions on her face: hope, uncertainty, fear.
A train whistle sounded. Julian turned toward the noise. Was the train early, or had he lost track of time? “I’ve got to get this horse to the station.” He took the woman’s hand and put the money in her palm. “Godspeed, mademoiselle.” 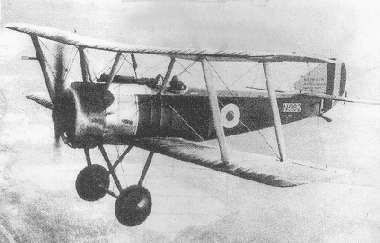 Her lips parted, but no words came out. Instead, a few tears escaped down her cheeks, and the breeze blew a few stray strands of brunette hair across her neck. Julian used the fence to climb on the horse’s back and urged it into a trot toward the train station. He looked back at her as he turned the corner, wondering if he would ever forget those green eyes and that perfect mouth. He felt like he’d just set a bird free, and more than anything, he wished he could linger to watch it soar into the sky. 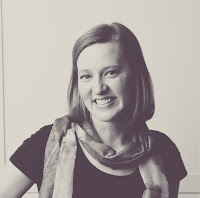 A.L. Sowards grew up in Moses Lake, Washington, then came to Utah to attend BYU and ended up staying. Now she’s a busy mom with young kids, but she does her best to squeeze writing time in between naptime, stroller rides, and homework sessions. She enjoys reading, writing, learning about history, and eating chocolate, sometimes all at once. As an author, she is known for heart-pounding action, memorable characters, careful historical research, clean romance, and family-friendly language. Prior to The Spider and the Sparrow, Sowards wrote four novels set during the Second World War, including two Whitney Award finalists. This is her first novel set during the Great War, but she doubts it will be her last. Find A.L. Sowards online at her website, Facebook, Twitter, or Goodreads.

Email ThisBlogThis!Share to TwitterShare to FacebookShare to Pinterest
Labels: A.L. Sowards, Blog Tour Tuesday, The Spider and the Sparrow