When I'm researching details for one of my historical romances, I never quite know what adventures it will lead to.
Sometimes they can be quite tasty. 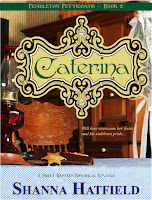 When I wrote Caterina (the second book in the Pendleton Petticoats series), I researched the type of food an Italian girl who loves to cook might make in the early 1900s. I even decided to try a few recipes.

Lucky enough to stumble across a cookbook, Italian Cooking, written by Dorothy Daly in 1900, it really helped me know the types of ingredients Caterina would have used and had available as well as cooking methods.

Of my experiments, Captain Cavedweller liked Zeppole the most.

Zeppole are Italian pastries, deep-fried of various sizes (especially if I’m the one making them!). Typically, they are about four inches in diameter. 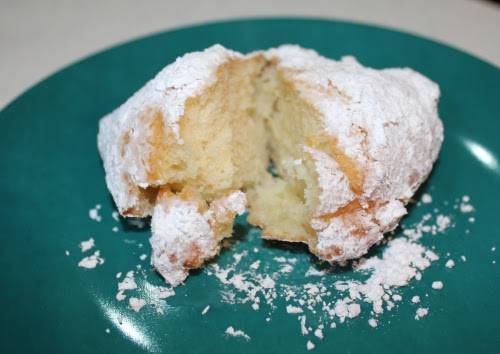 I almost had to beat CC away with my spatula when I made these because he ate them about as fast as I cooked them.

Rich and yeasty, they were really simple to make and amazingly tasty. 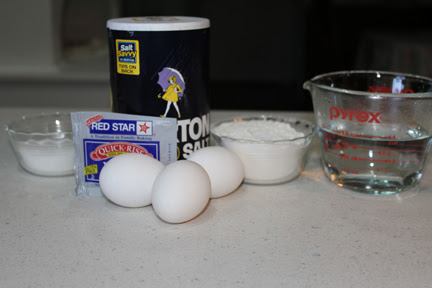 Start with some very basic ingredients. 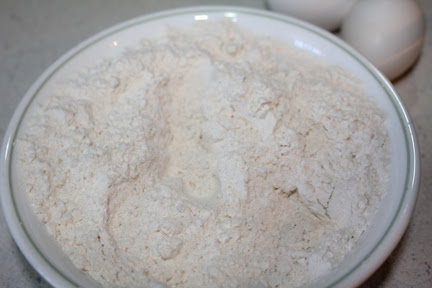 Mix the flour, sugar, and salt together and set aside. 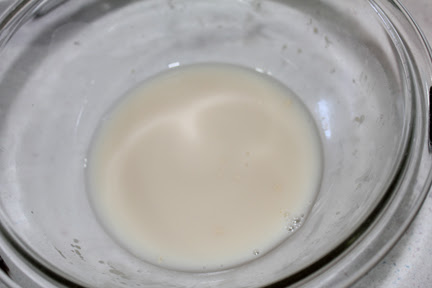 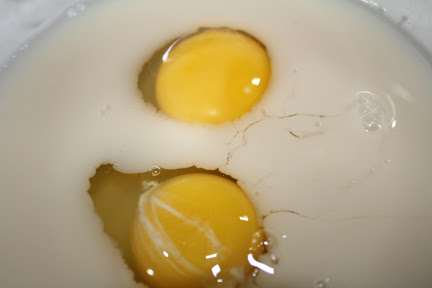 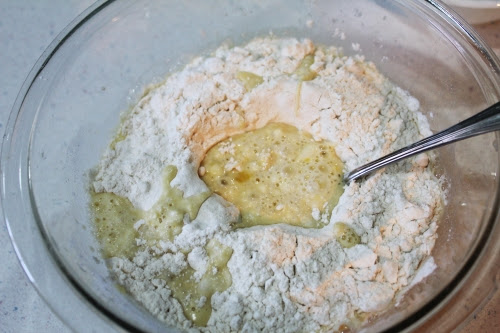 Then add the flour mixture. The dough will be really sticky – not like bread dough. 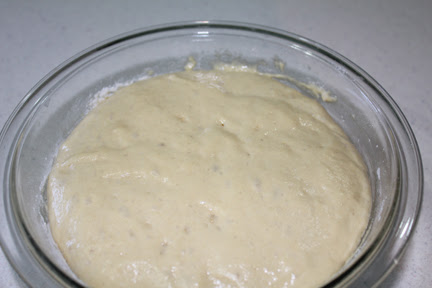 Set in a warm spot, cover with a dish towel and let rise for about 20 minutes. Stir it back down and repeat the process. Can’t you almost smell the yest with those delicious looking bubbles in the dough? 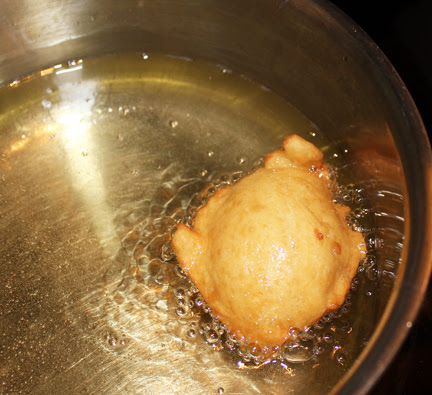 Heat about four cups of oil in a heavy saucepan (you want a couple inches of oil in there) and heat over medium-high heat until a bit of dough dropped in sizzles. Drop a heaping spoon of dough (carefully!) into the oil and fry until golden brown. These sweet little babies turn themselves over so you don’t have to, unless you want to, then by all means- go right ahead! 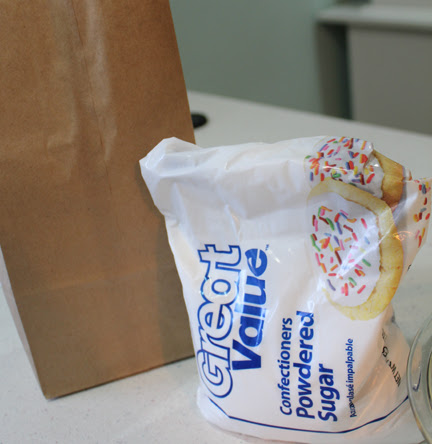 While the Zeppole cool enough to be handled, scoop some powdered sugar into a lunch bag. Drop in a piece of the fried dough and give it a good shake then be prepared to fight people off. 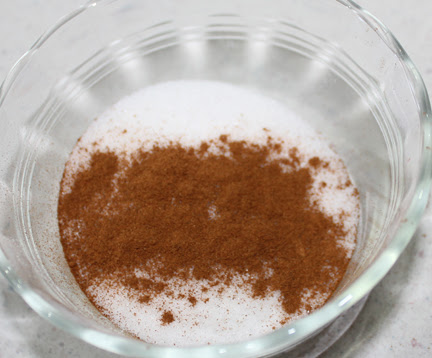 You can also mix up some cinnamon and sugar… 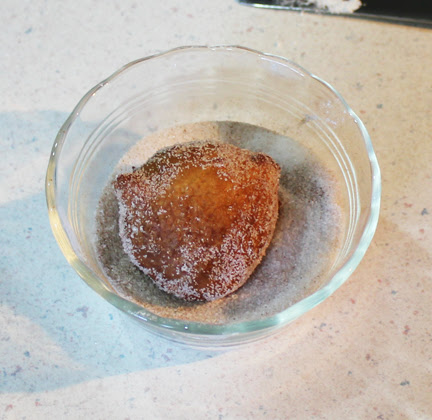 And roll them around in it.

Zeppole
2/3 cup sugar
3 cups flour
1 tsp. salt
1 pkg. instant yeast
1 cup warm water
3 eggs
Mix flour, sugar and salt then set aside.
Empty yeast into a large bowl with warm water. Stir until dissolved then let rest about five minutes.
Add in eggs and whip lightly then add flour and stir until well mixed.
Cover bowl with a dish towel and set in a warm place for 20 minutes. Stir down the dough and let rise again before frying.
Heat a heavy-duty pan of oil on medium-high heat until a drop of dough sizzles in the pan.
Drop a tablespoon full of the dough (think in terms of the size of a plum) into the oil, being carefully not to burn yourself on any splatters and cook until golden brown. The Zeppole turn themselves over when they are cooking, which is fun to watch.
Drain on paper towels or paper bags (to soak up the grease) then drench in sugar. I liked powdered sugar best and CC preferred cinnamon and sugar. Either is delicious.
You can also serve these with fruit or whipped cream, if you so desire. (Or stand over the bag with powdered sugar devouring these like a ravenous beast.)

A hopeless romantic with a bit of sarcasm thrown in for good measure, Shanna Hatfield is a bestselling author of sweet romantic fiction written with a healthy dose of humor. In addition to blogging and eating too much chocolate, she is completely smitten with her husband, lovingly known as Captain Cavedweller. Shanna creates character-driven romances with realistic heroes and heroines. Her historical westerns have been described as “reminiscent of the era captured by Bonanza and The Virginian” while her contemporary works have been called “laugh-out-loud funny, and a little heart-pumping sexy without being explicit in any way.” She is a member of Western Writers of America, Women Writing the West, and Romance Writers of America.