Power Couple in the Old West? 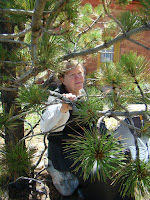 What is a power couple?  We hear of them in entertainment and politics. The modern definition, according to the free dictionary is: a couple, both of whom have high-powered careers or are politically influential. What about in the 1800's? I would suggest there were such couples in the Old West or the West of the 1800’s. One such couple, William S. and Helen H. Jackson of Colorado Springs, Colorado.
William Sharpless Jackson was a Quaker from Pennsylvania who came to Colorado Springs in 1872 to work with William Jackson Palmer and the Denver & Rio Grande Railroad. Helen Hunt Jackson arrived a year later in 1873. Helen was born in Massachusetts arriving after the death of her first husband, Edward Hunt, and their two children.

William Sharpless Jackson
Why are they a ‘power couple’?  The two were independent forces by themselves. Other couples of this era were thought of as man and wife. Helen and William were husband and wife, more equal. William not only was the treasurer for the Denver & Rio Grande, he also started a bank during the 1873 panic that did much to stabilize the Pikes Peak Region. He remained the head of a bank for over thirty-seven years, in addition to keeping the DR&G afloat during some rough times. He also was on the board of Colorado College at its founding. At the time of his death in 1919 one of his honor pall bearers was the current governor of Colorado, Oliver Shoup.
Helen (Hunt) Jackson already an established poet and author when she meet William. William told Helen he was a businessman and that was what he knew. She continued her writing career during their marriage, up until her death in 1885. It was an agreement they both stipulated to upon their marriage. Helen’s writing was highly regarded world-wide. After she took on the Indian Rights issue her profile grew even more, leading to her most well known work "Ramona". Helen was friends with Ralph Waldo Emerson and a childhood friend of the Emily Dickinson and the Dickinson family.
Both were highly focused people who had a major impact on the, people and policies of their time. It is a rich and fascinating history. Time has lessened the story of Helen and William, but their legacies remain.

Doris McCraw specializes in Colorado and Womens History. She writes fiction under the pen name Angela Raines. Join her on facebook and her Amazon author page.

“NEVER HAD A CHANCE” , second in the Agate Gulch stories, in the Prairie Rose Publications “A COWBOY CELEBRATION” anthology http://amzn.to/1GzwJhw

Posted by Angela Raines-Author at 4:00 AM