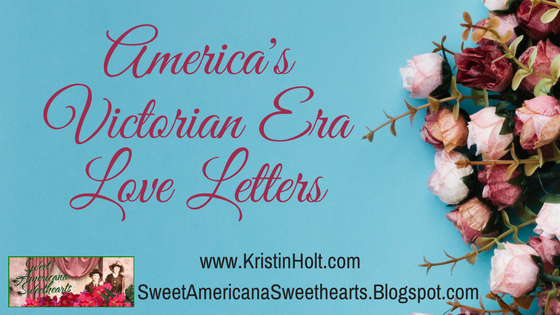 Fans of Mail Order Bride (sometimes abbreviated as MOB) historical romances know that many of these marriages of convenience involved letter-writing for a couple to become acquainted and perhaps eventually marry. Men and women would exchange tender sentiments, sometimes written in artful and poetic language to express feelings of the heart, sometimes bold and direct

The curious thing is that writing and love letters between a courting couple wasn’t a phenomenon for those separated by distance. Connected couples in the Victorian Era United States often sent love letters to one another as part of their courtship, even when the other party resided nearby. 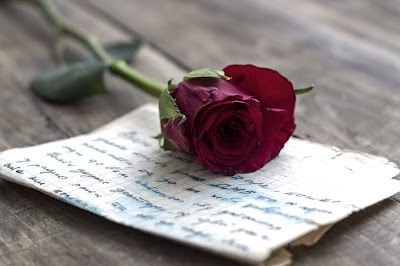 Etiquette of the era governed acceptable use
of love letters and correspondence.

1.  In a time when all correspondence was written by hand, love letters were given the utmost attention and prepared most carefully. After all, they’re the most read, re-read, and will be cherished (hopefully) for a lifetime.

2.  Love letters were written with great care for perfection. Spelling, grammar, sentence structure, turn of phrase, and determination to retain dignity were all of concern. Young ladies were cautioned by parents (and specialists in social etiquette) to exercise restraint in writing of all letters to suitors; feelings change with time, her love may be unrequited, and no highborn young lady would expose herself to potential ridicule by a careless man.

3.  If the courting couple mutually determined to end their romance, both parties would return all love letters and other mementos of affection. It was deemed very poor conduct to retain love letters after the demise of a relationship, speak of the contents with anyone else, or allow others to read them.

4.  In most cases, correspondence was appropriately conducted only with the assent and approval of the young lady’s parents and the young man’s parents.

5.  For a young lady to make light of sentiments expressed by a beau in a letter was considered most unseemly.

6.  No gentleman (emphasis on gentleman) would think of boasting of love conquests among his peers. It was deemed most inappropriate to disclose to his chums any details of correspondence between himself and a young lady.

7.  Gentlemen were allowed to contact a young lady, to whom he’d had no formal introduction, by letter, to request permission to call on her. First, he had to find one who knew her name and address. Such letters generally spoke of the circumstances and location where he’d glimpsed her, why he wanted to call on her (visit her at home), and who in town could speak for him. This was considered most risky, for the young lady could just as easily express disinterest in a return note as welcome his interest.

8.  When circumstances did not allow an enamored young man to determine the identity of a young woman he’d seen on the street and had a grand first impression, it wasn’t uncommon to post a personal advertisement in the papers. Culturally, this happened with great frequency in the United States. Young ladies were cautioned to exercise extreme caution, to never disclose her name or address until she’d received a reply (addressed to the newspaper office) revealing his motivation for contacting her and provided character references. Often these unconventional introductions began a beautiful correspondence and courtship… but just as often, young ladies became a laughingstock among young men (note the absence of gentlemen) posting notices for sport.

9.  Etiquette allowed for either a young lady or gentleman to terminate a courtship (and correspondence) in writing. Such letters would often speak frankly, expressing regret along with precise reasons why they had determined pursuing the possibility of further romance a poor idea.

10.  It was not uncommon, nor was it considered poor manners, for a nervous young gentleman to propose marriage in writing. Often these proposals would request a return note within the hour, including a parting phrase something like, “I anxiously await your reply”. If in the presence of his beloved, young men also had the freedom to pass her a note wherein he’d written his question.

My selection of Top Ten Things You (Probably) Don’t Know About American Victorian Love Letters was gleaned from reading The Essential handbook of Victorian Etiquette, (1994, Bluewood Books) an adaptation by American Professor Thomas E. Hill between 1878 and 1890 (ISBN: 0912517123). 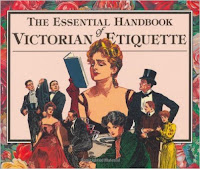 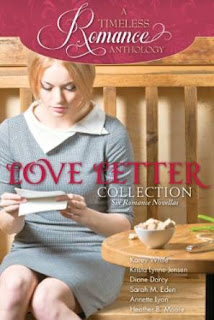 Do you have access to historic love letters written by ancestors? If so, how does this glimpse of their personalities or courtship affect your connection to them?
OR…
Have you read a favorite historical romance that included an element of love letters? What did you enjoy most about it?

Thanks for stopping by and spending a few minutes with me and two of my favorite subjects: Romance and American History. I'm fascinated by days gone by, how things have changed, and  the elements of human nature that remain the same.

I enjoy hearing from readers.