Writing History, Whenever It May Be 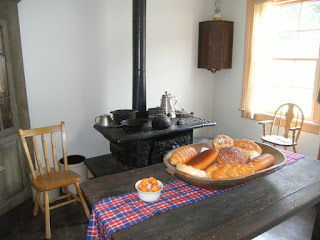 I've always been an ardent student of history. It fascinates me to learn about how people lived in the past, how they managed to cook their food or make their clothing. Most of my research ended up focusing on the World War II era, and it wasn't until this last winter that I shifted to my current topic of study - the American West.

I've been asked a few times how I managed to make that shift so quickly and be able to write convincingly in such a different era. My first answer was, "I'm not sure." However, after I thought about it so I could give a more intelligent reply, I've come up with an explanation, and I hope it's helpful to you as well.

People are people, whether you're writing about cavemen or explorers in space - we all have the same basic wants, needs, and dreams. Really, what it comes down to in writing historical is looking at those wants, needs, and dreams through the lens of that character's time. For instance, I think it's safe to say that girls/women through all eras like having something new to wear. A Western girl would fantasize about going down to the general store and choosing out new fabric, while a contemporary girl would fantasize about going to the mall. It's the same desire - they would just go about it differently because of their different circumstances.

If you're contemplating writing historical, I suggest that you start with the characters first and determine their hopes and dreams and objectives, and then decide how to create that framework around them. The funny thing is, this is how I recommend starting every book, historical or not. When you start with the characters and their emotions, you're starting in the perfect spot every time. Then just put them in dresses, take away their cell phones, and boom! You're done!  Well, okay, it's not that easy - but it's also not as hard as you might think.

Writing Prompt: Take the following scene and write it three ways: cavemen, American West, and the 1940s. A man comes home and asks his wife what's for dinner. If you like, leave your results in the comments. 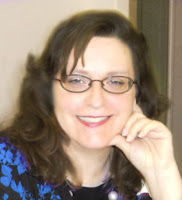 Amelia C. Adams has lived many lifetimes, and is currently enjoying this stretch as the author of sweet and clean Western romance. Her new bestselling series is called Kansas Crossroads. A New Beginning (book one), A Free Heart (book two) The Dark and the Dawn (book three), A Clean Slate (book four), A Clear Hope (book five), and The Whisper of Morning (book six). You can learn more about her and her books on her website.  ﻿