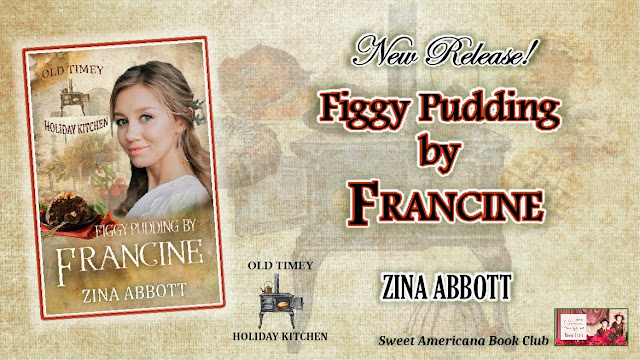 Today, I'm pleased to announce the release of

About Figgy Pudding by Francine: 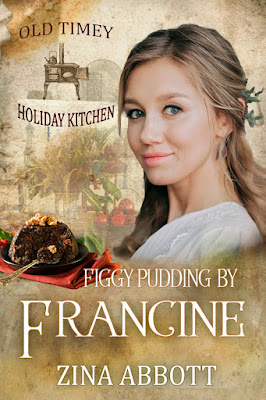 Francine Mulder’s life in 1878 has experienced a series of ups and downs—all because she allowed one of the benefactors of the Albany Elite Academy for Girls to raise a hope that she can attract a man willing to marry a spinster math and science teacher. She received a letter in effeminate handwriting. Was the letter from him, or did a woman write on his behalf? After taking the chance that she might like the physical science instructor better once she learns more about him―assuming he chooses to personally respond―she takes the chance and answers. She even travels to Denver and attaches herself to an all-female scientific expedition so she will have more to write about that he might find interesting. All summer she waits in vain for a reply. Just before the autumn term starts, she receives a letter but not from the same man.

Jason Sewell, a full professor of science and astronomy at the University of Iowa, is a widower with no interest in the young female students who often flock around him. He has no intention to marry again. Then, he takes a trip to Rawlins, Wyoming to view a total solar eclipse. During the weeks of hunting and exploring that follows, his friend—from whom his mother extracted a promise that a letter from a girls’ academy teacher would be answered before the end of the summer—hands him the letter. As a wedding gift for his friend, he promises to respond. Months later, wondering if Francine will fill the void in his life, he invites her to spend her Christmas break in Iowa City.

Before Francine can travel to Iowa to meet Jason in person, she must keep a promise. Serving a figgy pudding to the girls who cannot return to their homes for the Christmas holiday has become a school tradition. Can she win Jason's heart by serving him the same Christmas dessert?

“Miss Mulder, what about this man you’re planning to visit over Christmas? Does he know about figgy pudding?” Jane studied Francine with a questioning gaze.

Rendered momentarily speechless, Francine blinked and then stared at Jane. Other than mentioning to the other teachers that she would be gone a month over the holidays, she had not said much about her trip to Iowa City to visit Jason Sewell. How did the girls find out?

Francine next became aware of Sadie and Phoebe leaning toward her like a couple of vultures anticipating their next meal. She glanced at Lila who, up to this point, had not said much. Yet, on their trip home from Colorado, Francine had casually made mention she might write to a professor in Iowa and tell of their experience watching the solar eclipse. Only after the words were out did it occur to her she had probably said too much. From that point forward, she made a point not to discuss her Iowa correspondence.

Lila’s gaze met Francine’s. She lowered her head and shook it.

Lila said nothing. Francine plastered a smile on her face before allowing her gaze to survey the other girls in the kitchen. One of the teachers who knew I was traveling must have said something. “No, I don’t believe so…at least, not our figgy pudding. We are...ah...well, we have corresponded for a few months. We’ve mostly shared our thoughts regarding our mutual interest in science, particularly astronomy.” She knew she now held the attention of everyone in the room.

“Honestly?” Sadie rolled her eyes. “You’re writing love letters to a man, and all you’re talking about is boring science? No offense, Miss Mulder, but that is not the way to attract a man’s attention.”

“No offense taken, Sadie. Remember, though, we each have our own interests.” Francine cleared her throat. A sense of unease struck as she watched Lila leave the kitchen. She wanted to go after her and make sure everything was all right. Then again, she felt she must address Sadie’s question. If not, who knows what she and Phoebe will come up with? “The gentleman with whom I’ve been corresponding is a professor of astronomy at a university. Unlike some of you, he does not find science to be boring.”

“Trust Miss Mulder to find a boring, old professor.” Phoebe covered her mouth with her hand to hide her snicker.

Figgy Pudding by Francine is now available as an ebook and at no additional cost with a Kindle Unlimited subscription. Please CLICK HERE.

Posted by Zina Abbott Author at 9:53 AM