IT'S IN HIS KISS by Marisa Masterson

Sparking. Spooning. Sling a slobber (Victorian English slang). Buss. They all refer to one thing--kissing. 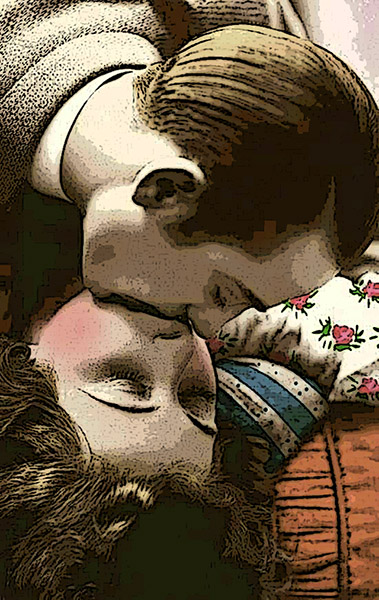 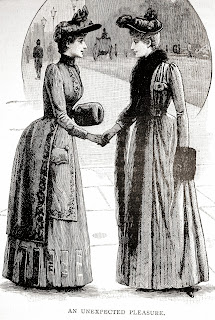 Nineteenth century culture encouraged kisses to be secret, hidden events. Etiquette books of the time even discouraged women from greeting each other with a peck on the cheek. If a friend slipped and did such a thing in public, it needed to be done "with dignity".

Harper's Weekly made fun of kissing in an 1874 issue. Since bus (or buss) was slang for kissing, the writer created new words for it. Omni-bus meant to kiss all the girls in the room. A bus-ter was a general kisser. (https://www.geriwalton.com/the-kiss-of-the-1800s-and-tales-associated-with-it/)

As society changed and kissing became more accepted, this warning appeared. Doesn't it look familiar? It concerned the danger of kissing during the 1918 Spanish flu epidemic. 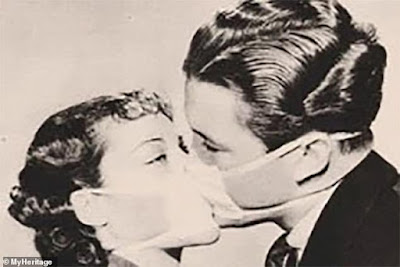 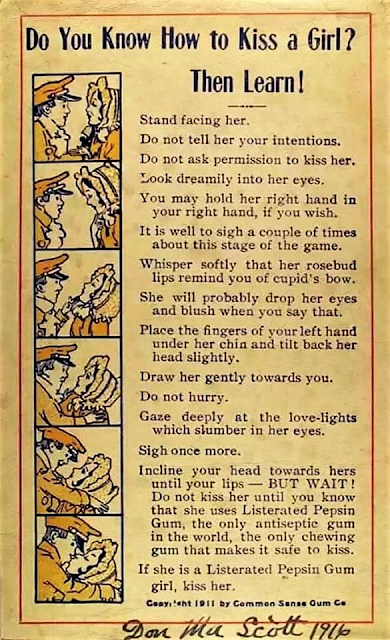 Clever advertisement! We are still reading it over a century later.

As I writer, I love the vintage pieces about kissing. Who knows? Maybe Pepsin gum will appear in one of my novels!

Here's a deal worth kissing over. A Strongman for Christmas is $.99!

The first time it has been on sale! 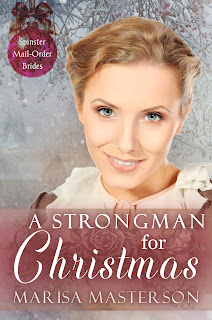 Wynona Thorne lives a hard-scrabble existence with her father. At least their life was peaceful. That all changed when her father died. Her brother's behavior turns violent now that Wynona's father isn't there to stop him. Desperate, she takes her future into her own hands by answering an advertisement to be a mail-order bride.
Neither the groom or bride are completely transparent in their letters. He travels with a circus. She's, well, stout! When they meet, Cornelius Branard refuses to marry Wynona.
Stranded at the circus, what will Wynona do? Can she trust the strong giant who is built so much like her terrible brother? Wynona will need to decide quickly as danger follows her from her hometown.

"Great characters, a wonderful hero for a woman who had been ridiculed during her life, and some exciting action scenes made this a must-read."

Email ThisBlogThis!Share to TwitterShare to FacebookShare to Pinterest
Labels: #Marisa Masterson, A Strongman for Christmas, ban on kissing, Victorian Etiquette