A GRANDFATHER CLOCK FOR CHRISTMAS by Annee Jones 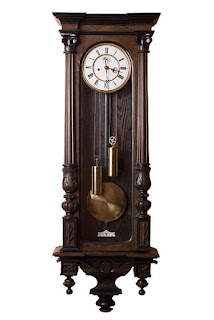 A Grandfather Clock for Christmas

In last month’s blog post, “Let’s Talk About Time,” I presented a brief look at the history of timekeeping and craft of clock-making.  As we approach Christmas and the changing of the year, we often pause to reflect on lessons we’ve learned and set new goals for the future.  The passage of time is a common theme in books set during this season – one example is Charles Dickens’ “A Christmas Carol.” 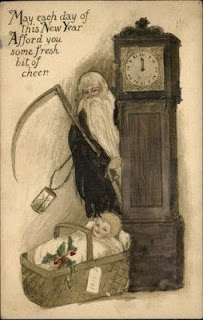 Two of my new releases also contain this underlying thread.  Both A Child’s Faith and It’s About Time for Christmas feature clockmakers.  Thus, I conducted quite a bit of research about this topic and discovered some especially interesting facts about the grandfather clock I thought I’d share.

Do you know where the term “grandfather clock” came from?  The real reason has nothing to do with grandparents, lol!

The story goes that in 1875, Henry Clay Work, an American songwriter visited England.  While there, he stayed at the George Hotel in North Yorkshire and noticed a large pendulum clock (then known as a “longcase”) sitting in the lobby.  What was interesting was that the clock had stopped and thus served no apparent purpose.  When Work inquired about it, the innkeepers told him that it originally belonged to two brothers who were the hotel’s previous proprietors.  When the first brother died, the clock began malfunctioning, and when the second brother died it stopped altogether at that very second. 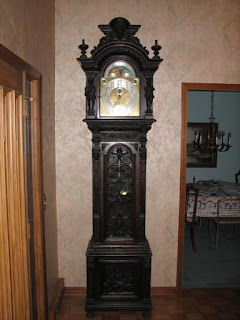 Work thought this was a great (if likely fictitious) tale and wrote a song about it called “My Grandfather’s Clock.”  The American public went crazy over it!  In fact, it sold over a million copies in sheet music, which was unprecedented for the late 1800s.  The longcase clock has been known ever since as a grandfather clock.

The vast majority use the melody, “Westminster Quarters,” for their chimes.  It was thought to have been inspired by Handel’s Messiah during the 5th and 6th measures of “I Know That My Redeemer Liveth”.  The piece of music was written in 1793 for the St. Mary the Great clock at the University Church in Cambridge.  It was later adopted for the “Big Ben” clock at the Palace of Westminster.

Traditionally, longcase clocks were made with two types of movement: eight-day and one-day (30-hour) movements.  The eight-day movement variety was more expensive and required winding only one per week.  30-hour clocks had to be wound every day.  Eight-day clocks were usually driven by two weights – one driving the pendulum and the other the striking mechanism, which consisted of a bell or chimes.  They had two keyholes for winding. 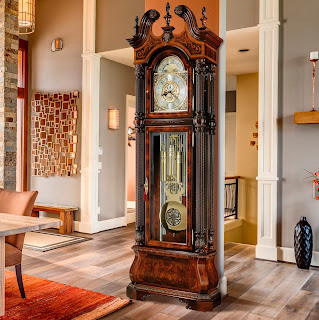 Antique grandfather clocks can sell between $200 - $20,000 depending on the age, condition, and maker.  If you have one, be sure to obtain an appraisal of its true value before putting it in a garage sale! 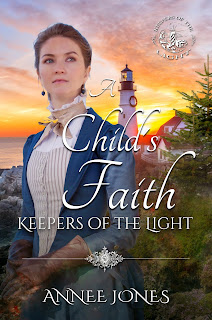 Elin Kristiansen has her hands full as a single mother following the tragic death of her husband in a shipwreck off the rocky coast of the Pacific Northwest.  Thankfully, the U.S. government has recognized the need for a lighthouse at Bluff Point, and Elin couldn’t be more pleased when her father accepts the position of Keeper.  However, she just can’t seem to bring herself to accompany him on his weekly rowboat trips to the station to tend the lamp – and what’s more, the mere thought of Finn, her son, setting foot on board sets her insides churning.

Elin knows her father keeps hoping she’ll get over the terror that washes over her every time she considers braving the waters, but she's starting to have doubts.  When she gets into an argument with Finn over his adamant wish to learn how to swim, she can’t possibly trust the handsome captain who offers to instruct him and promises to keep him safe – or can she? 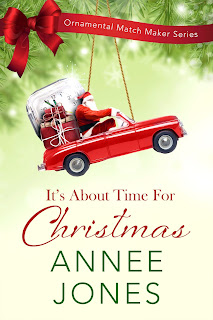 Can Aspen and Joey get their parents to fall in love in time for Christmas?

Holly White doesn’t have enough time.  She’s working three jobs trying to make ends meet while taking care of her seven-year-old daughter, Aspen, following a nasty divorce.  She feels like she’s constantly racing against the clock – and the clock is winning.  Not to mention, she’s worried her bad habit of being late is beginning to have an effect on Aspen.  Her teacher complains that Aspen is getting into regular fights at school with one boy in particular named Joey.  Holly needs to get a handle on this situation – and her life – quick.

Thankfully, the holidays are just around the corner and she’s looking forward to taking Aspen to visit family in Chicago for a few days.  Maybe a vacation is what they both need to get back on track.  However, it seems Mother Nature has other plans…when they find themselves snowed-in at a remote mountain lodge in North Pass, CO with none other than Joey and his clockmaker father, Gabe, suddenly Holly is faced with plenty of time on her hands.  Little does she know Christmas might be very different than she’s expecting this year… 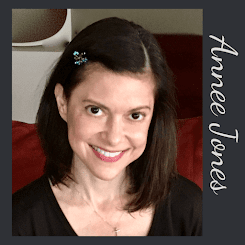 Annee Jones is a heartwarming romance and soon-to-be cozy mystery novelist who enjoys sharing her heart and imagination with others.  She is passionate about writing stories that offer readers a place where dreams come true!