Yellow Fever Pandemics- The Plague of Memphis in the 19th Century 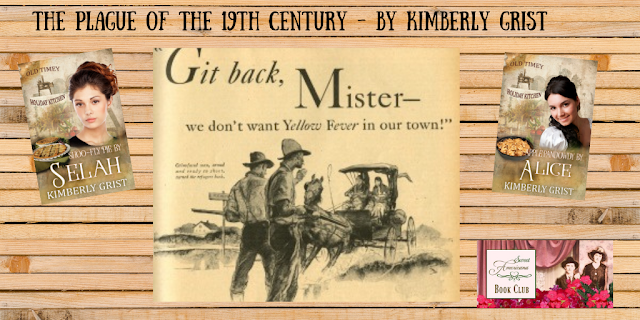 Diseases and epidemics of the 19th Century included smallpox, typhus, scarlet fever, cholera, and yellow fever. Yellow fever accounted for the largest number of 19th-century epidemic outbreaks. Yellow fever earned many nicknames, including Yellow Jack, the Yellow Plume of Death, Yellow Terror, and Bronze John, based on its symptoms.

During the 1800s, the city of Memphis was a swampy area and held the reputation as one of the filthiest and most foul-smelling cities on earth. Open sewers, thousands of privies that emptied into the Mississippi River, decaying wooden walkways, and no organized service to dispose of garbage for thousands of residents combined, creating a terrible aroma and the perfect breeding ground for Yellow Fever. 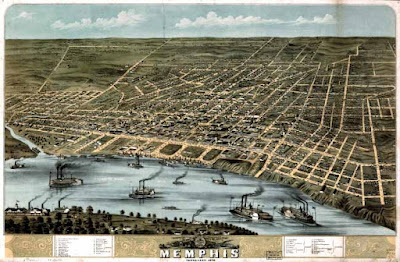 In 1828, 1855, 1867, and 1873, Yellow Fever was brought north from New Orleans to Memphis, by steamers. In July of 1878, it hit again, after a man who escaped a quarantined steamboat visited a restaurant on the shore of the Mississippi. On August 13th, restaurant owner, Kate Bionda became the first Memphis resident to die of yellow fever and the infection spread rapidly.
Most of the residents who were able to leave left within a week and approximately twenty-five thousand people fled to other cities and spreading the diseases as far away as Indiana, Illinois, Ohio, and Kentucky. 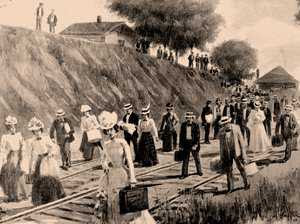 In the heat of the summer, those who were left to take care of the sick believed that the disease was spread by bad air. Even though the temperatures were close to one hundred, residents boarded the windows and kept fires burning. When people died, their clothing and beds were dragged into the streets and burned. An average of two hundred people died every day through September and almost half of the city's doctors perished. 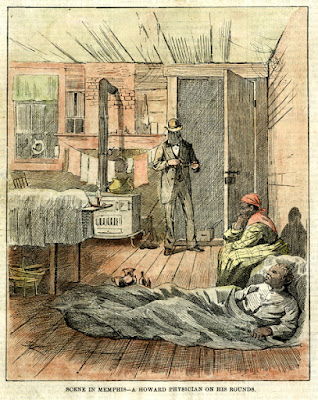 Dr. John Erskin was one of 110 doctors who tended the sick and dying in 1878 and was one of the thirty-three physicians who died from the disease.

The epidemic ended with the first frost in October leaving twenty-thousand people in the Southeast dead. In the aftermath, open sewers and privies were cleaned up, which destroyed the breeding grounds for mosquitos thus preventing further epidemics. 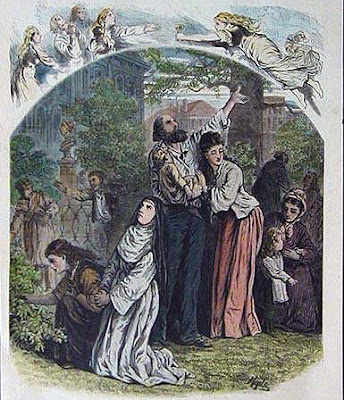 After researching the pandemic of 1878, I was surprised that I had very little recollection from my history lessons about this 19th Century pandemic. My imagination turned to the plight of orphans during this time period, and I was inspired to begin writing about the lives of women and specifically children affected, and left to raised by family members and in orphanages.

Selah Anderson and Alice Connelly were orphaned as a result of the Yellow Fever Epidemic in 1878 and raised in an orphanage outside Memphis. As adults the prospects for employment of young women are bleak, and between the yellow plague epidemic and gold fever, young men are scarce, even in the surrounding counties. With no other options available, they agree to participate in a new matrimonial venture begun by the matron of the orphanage and local pastors. 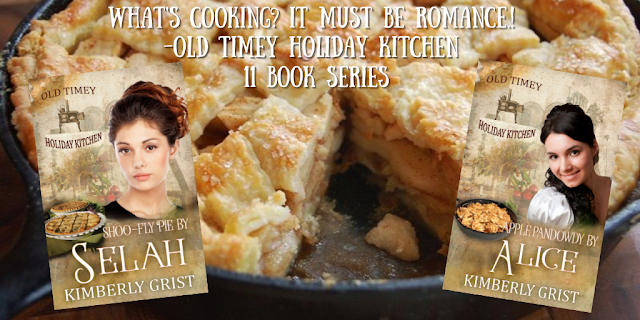 Shoo-Fly Pie by Selah - Can this mail-order bride handle the diversity that comes with her husband's dangerous vocation? Together will they blend their opposing desires to create a recipe for love?

Apple PanDowdy by Alice - Can an itinerant mail-order bride find her recipe for her happily ever after?

Posted by Kimberly Grist at 5:00 AM