BOSS OF THE PLAINS by Marisa Masterson

Hats! I struggle with them.

Withe every novel I write, I research men's hats to try to find just the right look for my hero. After all, the hat needs to fit with whatever time period I'm recreating. I wish it were as easy as plopping a Stetson on the hero's head. Here's where the problem comes in.

What you might call the cowboy hat wasn't created until 1865. John Stetson designed the hat for himself while on an expedition in the West. Men at the time typically wore bowler hats. The brim of this was much more narrow than the hat Stetson created. Maybe the sombreros he repeatedly saw inspired the wide brim of his creation. 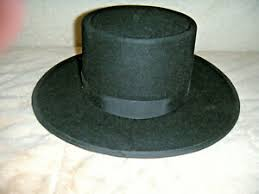 Stetson created a hat with a high, flat crown. Dents in each side allowed the wearer to remove it by the crown and not the brim. Consider that flat crown. It's not like the cowboy hats we know today. His hat was similar to what an Amish man wears. 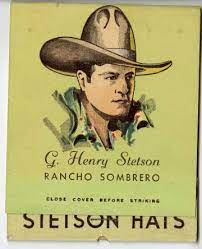 Speaking of bowlers and sombreros, those were what cowboys actually wore. While Stetson started manufacturing his hat in the early 1870s, they weren't immediately popular. In fact, the Boss of the Plains (as it was nicknamed) didn't catch on until the late nineteenth century.

So, do I plop a cowboy hat onto my hero living in 1871. Probably not. Unless of course, he wants to start a whole new fashion trend.

But, what would the boys in the bunkhouse say?

I've explained the Boss of the Plains. Now, I invite you to consider another "Boss" that's on sale. For the first time, my Proxy Bride novel A Bride for Boss is only $.99! 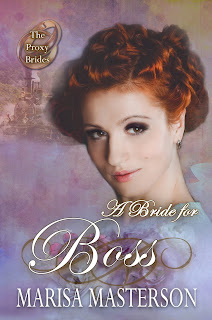 This miracle child is not Frankie's, so why does she risk her marriage to keep the little girl? Frankie's worry is only about her proxy groom. She has no idea of the danger that follows the child.

What should be a business arrangement quickly becomes a matter of the heart. The three would be a happy family, if only the kidnappers stopped coming at night.

Who's sending them and how can they keep their adopted child safe?

ALSO ENJOY THE SEQUEL TO THIS NOVEL, A BRIDE FOR DUN. 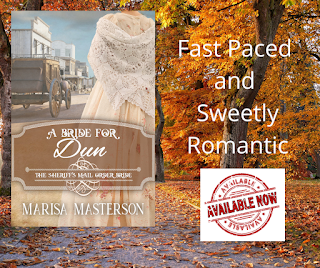