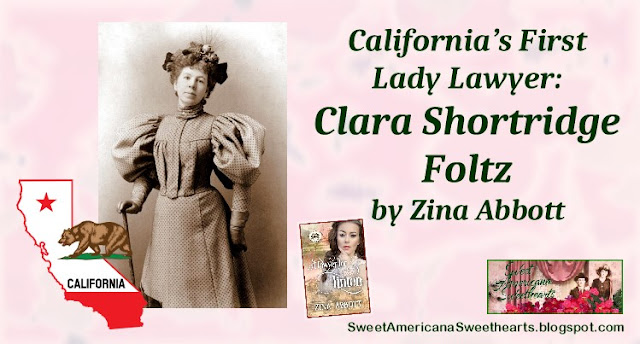 In 1878, Clara Shortridge Foltz began her quest to become California’s first woman lawyer. A mother of five small children abandoned by her husband, Foltz turned to the law “[n]ot from ambition and defiance of the norms of womanly conduct, but out of desperation,” in order to support her family. Although she turned to working as a lawyer to raise five children, mostly as a single mother, she encouraged women not to overlook their traditional domestic roles.

Clara Foltz was one of several intelligent women who understood the prejudices of the society in which she lived which relegated women to the home. However, she could not support herself and five children on the earnings of “traditionally” accepted female jobs like laundress, seamstress, or cook. She refused to bow to the detractors who discriminated against women joining any profession considered the domain of men.

Her name Clarissa Shortridge, she was born in Milton, Indiana to Talitha and Elias Willetts Shortridge, who was both a lawyer and preacher. Prior to the Civil War, the family moved to Mount Pleasant, Iowa. There, Clara attended a co-educational school (rare at the time). Her father often lamented that it was a shame she had been born a girl and not a boy, because she could have developed into a gifted lawyer.

In December 1864, at the age 15, she eloped with a farmer and Civil War veteran named Jeremiah D. Foltz. As children were born to them, he found it difficult to support his family. The Foltzes moved several times, first to Portland, Oregon, and second in 1872, to San Jose, California. During these times, she contributed articles to the New Northwest and the San Jose Mercury.

Around 1876, her husband abandoned Clara for another woman, leaving her with five children under the age of 11. She began studying law in the office of a local judge, in part through the support of local suffragette Sarah Knox-Goodrich. Starting in 1877, she also supported herself by giving public lectures on suffrage. 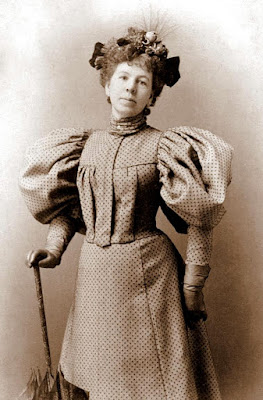 There were about fifty women attorneys throughout the United States. However, California prohibited women from practicing law due to the California's Code of Civil Procedure which prohibited women from joining the profession, expressly stating that only a "white male citizen" could apply to the bar. With the help of several male allies, suffragist campaigners, a supportive local press, and her mother's assistance with child care, Foltz successfully lobbied for a new bill, the Woman Lawyer's Act, that allowed women to take the bar.

Thanks to Foltz's commitment to her studies, legal training from her father and his partner C.C. Stephens and a local legal club where aspiring attorneys practiced arguing cases, Foltz passed the bar in 1878, just four months after the Woman Lawyer's Act was passed. This bill allowed admission to the bar of “any citizen or person.” The law was one of the earliest American statutes allowing women to practice law. 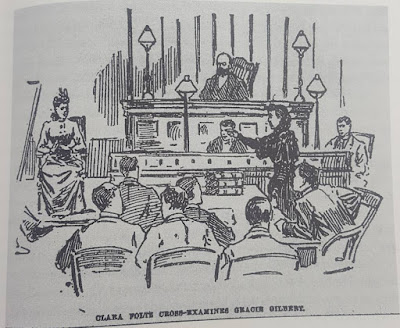 Clara became the first woman lawyer on the US West Coast. She practiced law in San Francisco. She sought courtroom work, but, at her core, she was a reformer. She believed that women attorneys “should work to improve the administration of justice.”

Later that year, she wished to improve her knowledge and skills by attending law school. She and her ally, Laura DeForce Gordon, applied to Hastings College of the Law in San Francisco, which was part of the University of California. They were denied admission based on their gender.

Drawing upon both the Woman Lawyer Bill and the soon-to-be-ratified equal opportunity in employment statement in the constitution, at the state Supreme Court, Foltz and Gordon argued successfully that the state-supported Hastings Law School should not deny admission to women on the grounds of their sex. They were able to argue that, if women could serve as lawyers, they must certainly be allowed to attend law school at the University of California, which was a coeducational school. Judge Morrison agreed, and in Foltz v. Hoge ruled that Foltz and Gordon should be admitted to Hastings.

Although Clara Foltz successfully obtained admission for all qualified women to Hastings, the work to win the case left her impoverished. She returned to her legal career instead of pursuing her dream of attending law school. In addition to San Francisco, she lived in New York for four years in an attempt to build a corporate law practice. She ended up in San Diego.

It was Clara Foltz’s belief that "Genius, talent and hard labor know no sex." She was responsible for a number of firsts: 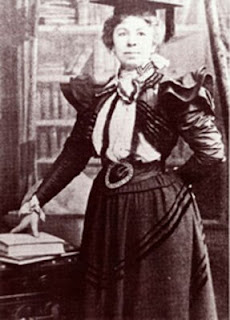 * In 1880, Foltz became the first female clerk for the State’s Assembly’s Judiciary Committee.

* The first woman appointed to the State Board of Corrections.

* The first woman named director of a major bank.

* In 1890, she led a campaign for nationwide public defenders' offices—over two decades before California got its first.

* In 1910, Foltz was appointed to the Los Angeles District Attorney's Office, becoming the first female deputy district attorney in the United States.

Clara Foltz’s other accomplishments included being active in the suffrage 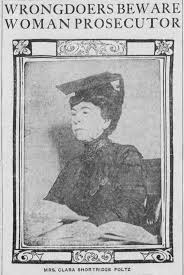 movement and authoring the Women's Vote Amendment for California in 1911. She also founded and published the San Diego Daily Bee, and New American Woman Magazine, for which she wrote a monthly column until her death.

Clara Foltz’s legacy continues to inspire women who pursue the legal profession. At the insistence of its women students, Hastings College of the Law granted Foltz a posthumous degree of Doctor of Laws in 1991. Also, the primary social space inside UC Hastings's McAllister Tower student housing complex was christened the Clara S. Foltz Lounge.

In keeping with my interest in genealogy research, I have studied early California laws and some of the accomplishments of early women in this state. I was pleased that my preparation for my novel, A Lawyer for Linton, led me to learn more about the pioneering women in California’s legal system. To find the book description and purchase link, please CLICK HERE.