Sayings of the Old West 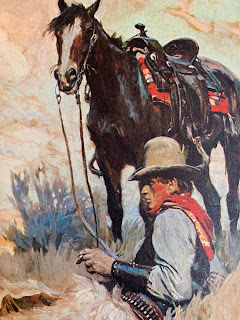 Recently my nephew (who's an avid gamer) was trying to come up with a way to stump his opponents by saying off the wall things. Gamer smack talk is riddled with profanity and he didn't want to go there. So he asked how they "talked smack" in the old west. I was happy to oblige him.

The old west is full of colorful insults as is the victorian era. My daughter went to high school with some kids who loved to stump their friends with Victorian insults. Needless to say, said friends didn't have a comeback. They were too busy trying to figure out what they'd just been called or what the other person said. These boys hit their opponents with rapid fire precision in full Victorian fashion. It was hilarious to see.

The old west, on the other hand, had more earthy ways of saying things. Some we still say today. Such as the famous "She's as nervous as a long-tailed cat in a room full of rocking chairs." Or how about, "He's a poor as a church mouse." I believe that one goes further back. Anyway, the Old West abounds with colorful sayings such as:

His voice sounded like someone forgot to grease the wagon.

He's so lazy molasses wouldn't run down his leg.

He's as pleased as a pup with two tails.

He's so think he could take a bath in a shotgun barrel.

He couldn't track an elephant in snow!

If all his brains were dynamite, he wouldn't know enough to blow his nose.

He was as ugly as a burnt boot.

He made an ordinary fight look like a prayer meeting. 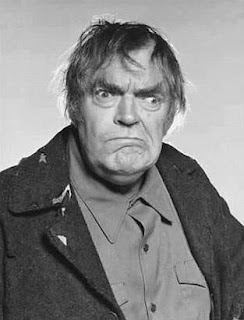 I always picture actor Jack Elam spouting old west sayings. He was in enough westerns to etch his face into my mind, spewing  one liners like the above to James Garner or whatever other actor he was working with. I had the pleasure of meeting Mr. Elam years ago at a Western event in Sonora, California. He was the perfect gentleman and very kind.

Suffice to say, my nephew was very excited to jot down a list of these expressions and arm himself for the next round of gaming. I'm sure he stumped a few of his fellow gamers. Especially if they'd never watched westerns growing up.

Words are fun. Weaving tales with them is what I and my fellow authors do. We often have books in our research libraries on slang and other forms of speech through out history. They're fun books to go through and its even more fun to memorize some of the sayings they had back in the day to use when needed!

Posted by Author Kit Morgan at 1:30 AM