No, you didn't read that wrong...it says camels. Were you aware that in the 19th Century, feral camels roamed the southwest United States?

In 1855, Jefferson Davis, believing camels were the key to the country's expansion westward, directed Congress to appropriate $30,000 for the purchase of camels to be employed for military purposes. Several trips were made to the Middle East and by 1857, the U.S. Army had a "Camel Corps" consisting of 75 camels.

Two dozen of them were sent on an expedition to California, making the 1,200 mile trek from central Texas to an outpost just north of Los Angeles in just five months. A feat most said could not be done, let alone in the heat of summer. It was discovered that six camels could do the work of twelve horses in nearly 42 hours less time. They could access areas that wagons could not.

Many private businesses, anticipating a great need for the pack animals out west, imported hundreds more camels. In the late 1850s, camels were used to survey a route for a wagon road from Fort Defiance in Arizona to the Colorado River. 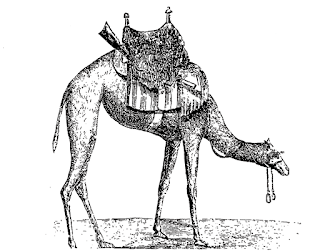 The remaining Army herd was put to work in the Texas region, many at Camp Verde. The troops didn't respond favorably to the creatures. While there were many positives that came with the unique animals, they were stubborn, required a great deal more care than horses, had a habit of biting, and stank. Horses did not accept the presence of camels in their stables and horse traders feared camels would put them out of business. Soon, opposition to the camels sprang up everywhere.

During the Civil War, when Texas seceded from the Union, Camp Verde, and its camels, were seized by Confederate soldiers. They turned the camels loose to graze, and many wandered away. Those that didn't were sold at auction, and thus ended the Army's camel experiment. 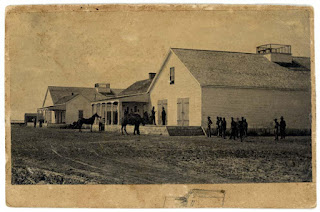 By the 1870s the former Army camels were mixed into herd with the commercially imported camels, and many ended up in menageries and circuses.

Eventually, when the novelty of the animals wore off, or they weren't needed anymore, many of the camels were simply turned loose, to fend for themselves. They could be found for decades wandering the deserts and plains of the Southwest, with the last one dying in the 1930s. 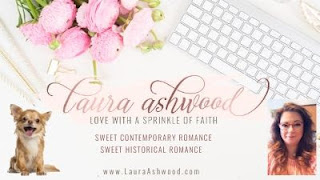