Who Really Robbed the West?

If you watch almost any western on television, there is sure to be a bank robbery. Five masked men, who ride into town, during the day, stroll into the bank and rob it.

Isn't that what everyone believes happened?
The truth is, NO! Its actually a far fetched idea. Studies show there were fewer than ten bank robberies from 1859 through the 1900 in all the frontier west.  That's 15 states and 40 ears.
In Fact, there were more stagecoach robberies in comparison, 300 during the same years.  These were also not done by a gang on horse back.  Most stagecoach robberies were done by one masked bandit, who would simply step out and flag the stage coach down.
In Arizona alone, 129 stage robberies took place between 1875 and 1903. 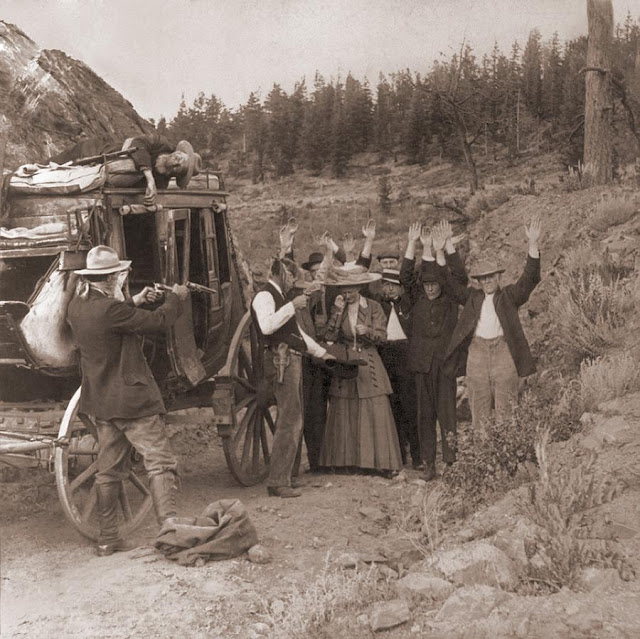 Here is an example of what a stagecoach strong box would have looked like. Not something easily carried by one loan bandit.  There was less chance of these being stolen and more chance that most of the travelers would have been relieved of any jewelry and money. 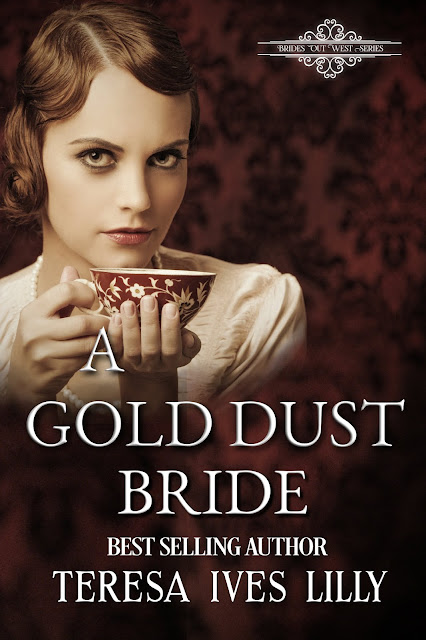 https://www.amazon.com/Gold-Dust-Bride-Brides-West-ebook/dp/B08D9SF1LZ
Jennie Felder has come from Oregon on a mule train, to join her brother in Shasta, California. When she arrives and discovers her brother is running the Gold Dust Saloon, she wants to leave, but has no place to go. Then, her brother gets put in jail, and she must run some kind of business to keep him from losing the building. Against the recommendation of handsome Lance Corte, Jennie converts the saloon into a Tea House. Can she convert Lance’s heart as well?
Follow Teresa at www.teresalilly.wordpress.com
Sign up for her newsletter and get a free novella
Posted by Teresa Ives Lilly at 10:00 PM