Where the deer and the Camels play?

Home home on the range
where the deer and the camel...? Camel? 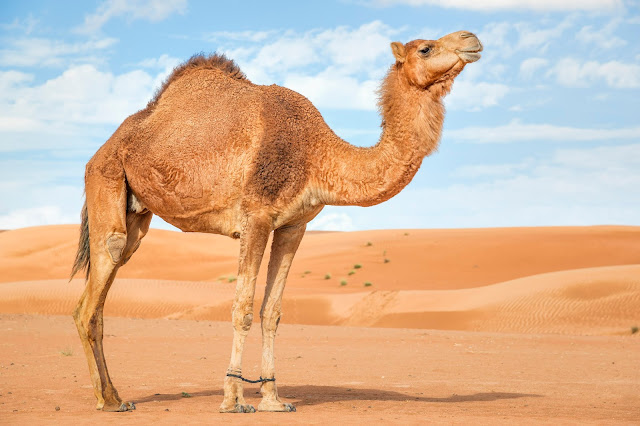 Did you know Texas had camels?
In 1855, the Secretary of War gave the go ahead for the purchase of camels for military purposes. Much of the southwest was practically desert and he thought the camels could haul supplies.

They were used in Camp Verde to take supplies to San Antonio and also used to haul goods to outposts in El Paso and Fort Bowie. They were also used to look for another route west along the Mexican border.

In 1857, Edward Fitzgerald Beale took an expedition to California. It took him five months and the animals crossed barren land that held sparse grass and water. They crossed mountains and it was a surprise to many that Beale did what many said couldn't be done.

The camel brigade came against harsh opposition by the Mule Lobby. Hard to believe there was such a thing, but the mule lobby along with the civil war helped defeat the camel experiment.

Most were sold off at auctions. But some escaped as every now and then people throughout the southwest would come upon a camel.

One legend in 1880s Arizona, is the tale of Red Ghost - a camel that haunted the region. Supposedly 30 feet tall with a devilish creature strapped to his back. (It would seem that not only Texas has tall tales.)

Red Ghost attacked a cowboy nearly killing him. Was said to have killed a bear. And the stories grew.

Miners did see the creature and a skeleton fell from his back. Later a rancher killed a red camel with straps of leather  wound around his back. and the legend of Red Ghost ended.

I hope you enjoyed one of the interesting stories about the West.
~~

I have a new book out today - A Mystery Groom for Christmas
The spinsters of Lone Oak, Texas, are ready for marriage. One found her true love but there are three ladies left and only two mystery grooms. Can one of them catch her man? 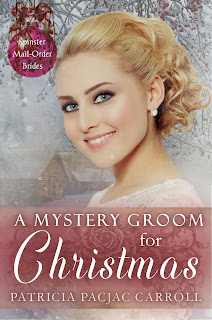 A sweet and clean Historical Christian Western Romance with some fun, faith, and always a happily-ever-after.