Freight Trains on the Plains 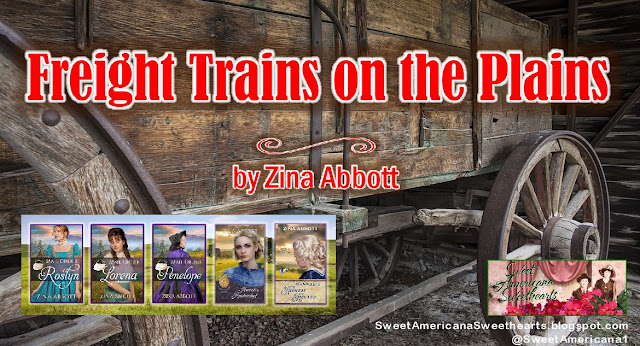 When we think of freight trains today, this is probably what comes to mind:

However, back in the 1800s, before the railroads crossed the Missouri River after the Civil War, a freight train looked more like this:

Freight trains were pulled across the Great Plains for decades before railroads began transporting a large portion of trade goods between the East and either the Pacific Coast states of California and Oregon, or the Mexican-held Southwest. One of the earliest known cases of freight being taken across the territory claimed by Mexico, but dominated by the Plains tribes of Native Americans, was the first venture down the Santa Fe Trail in 1821 by Captain William Becknell.
His party of traders left Arrow Rock, Missouri, to trade horses and mules with American Indians and hunt wild game on the plains. The expedition met a troop of Mexican soldiers in November and traveled with them to Santa Fe. Their trade goods, including calico and other printed cloth, sold at high prices in the isolated Spanish town. They returned to Missouri in 1822 after only 48 days of travel. Because of high profits, the trade route soon became a favorite with other traders—most of whom used freight wagons pulled by teams of either oxen or mules.

Ben Holladay became known as the stagecoach king. However, he got his start in freighting in 1846 during the Mexican-American War when he contracted with General Stephen W. Kearny to supply the U. S. Army with wagons and provisions. Once the war was over, he formed a partnership with Theodore W. Warner. They transported supplies to Salt Lake City, Utah.

One well-known shipping firm was Russell, Majors and Waddell which came into being to fill a need that none of the men individually had the means to do on their own. Until 1854 government freight contracts were awarded to various companies for relatively small shipments. That year the War Department offered a single, enormous two-year contract to transport supplies to U.S. Army posts in most of the West and Southwest. Majors owned a freight company at the time. Russell and Waddell were partners in a wholesale trading company. The three men joined forces on December 28, 1854, to form Russell, Majors and Waddell won the contract. They also competed for and won the next government contract, although that one did not prove so profitable. 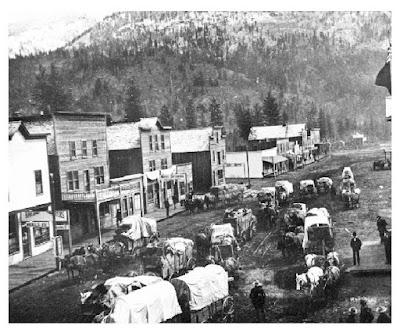 As a side note, one of my pioneer families crossed the plains in a covered wagon which, with a few others, was attached to a Russell, Majors and Waddell freight train.

Along with all the larger freight companies were a multitude of smaller freighters to transport goods from one place to another. 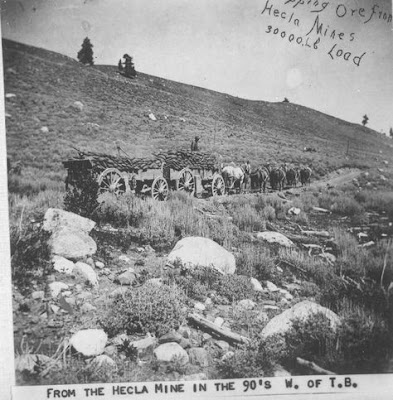 Five of my books, starting with my 2020 Lockets & Lace novel, Hannah’s Handkerchief and ending with Hannah’s Highest Regard, touch on the Kansas trails (Smoky Hill and Santa Fe), the frontier forts, and either freight or passenger service along those trails and between those forts.

The two books about Hannah involve a hero in the Army Quartermaster Corps who uses freight wagons to transport goods from Fort Riley, the supply center for forts farther west. Most freight was hauled by contract labor in freight trains usually pulled by oxen. (U.S. Army freight wagons, often used for delivering ordnance or transporting supplies on individual campaigns, were pulled by teams of six mules—always mules and always six of them.)

Founder David Butterfield recognized the Smoky Hill Trail was the shortest and quickest route between Missouri and Denver, Colorado. He started a freight business at the same time he started the stagecoach line. His first freight train traveled that trail a few weeks before the stagecoach. To prepare for freight as well as stagecoach drivers and travelers along the trail, Butterfield built and stocked stations every ten to fifteen miles. Along with the home stations that served food and sometimes provided lodging, and the stock stations that only changed out teams, he built cattle stations. Cattle stations, in addition to being home stations for the coaches, allowed freighters to change out their tired oxen and, in some cases, mules for those freight trains traveling the trail. These cattle stations were past Fort Ellsworth (later Fort Harker) at Ruthton, Eaton, Cornell Creek, and Bijou Basin.
Even after the railroads came carrying freight to stations along it tracks, it still needed to be transported distances to the ultimate customer. Freight trains made of wagons pulled by oxen, mules, and horses continued to find business well into the twentieth century until motorized vehicles took over.