Mail Order Brides Even in Hollywood 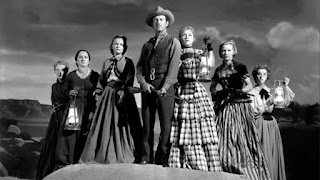 While speaking to my daughter in law the other day, I mentioned the Mail Order Bride Story I'm currently writing.  After telling her a little of the story line, she looked at me in a strange way and asked if Mail Order Brides were a true part of history.

I was actually surprised.  With the thousands of Mail Order Bride stories available on Amazon I thought everyone knew about the concept.  Then I remembered the first mail order bride story I ever wrote.  At the time, I was looking for factual information to back up my concept and I recall it was very difficult to find.  That was way before the internet and Google searches were available.

And here I am, years later, still intrigued by the Mail Order Bride concept and still writing Mail Order Bride stories.   There are also some old movies available that readers might want to get

Westward the Women (as pictured above) tells a story about a man who takes 150 women on a wagon train across country as Mail Order Brides for a town of gold miners. Its intriguing to see how the women had to work as hard as men, learn to shoot, learn to drive a wagon and learn to deal with death along the trail. All in hopes of finding a husband at the end of the journey.

Both movies are fun and will give you a sense of how things may have been during the time in which Western Mail Order Brides were traveling across country hoping to find love.

I have personally written several Mail Order Bride Stories,
and hope you will look for them on Amazon. 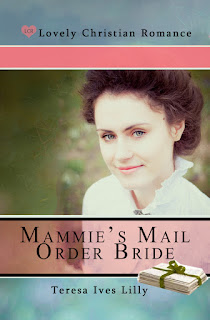 Mammie’s Mail Order Bride When Mammie announces that Stephen needs to go to town and pick up his mail order bride, he is flabbergasted. Mammie has been writing to Sally Jersey and now expects him to marry her. Stephen has every intention of putting her back on the stage and sending her home, until he sees her lovely face and the nieces and nephews she brought. Will Stephen allow himself to fall in love or will Sally be given away to the most eligible bachelor in Waterhole, Texas.

And Coming Soon
Welcome back to Waterhole, Texas in Mail Order Ruby 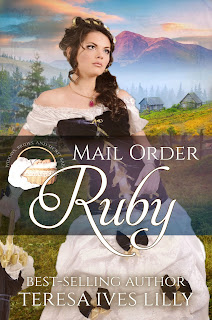 Availabe for Pre-order on Amazon
https://www.amazon.com/gp/product/B088P7M4DN

Ruby’s mother has informed her its time for her to start dancing at the Golden Dawn saloon,
and has replaced all Ruby’s clothes with saloon ballgowns. To escape that lifestyle,
Ruby answers a mail order bride ad of a man in Texas looking for someone with
upstanding morals to help clean up his town. When Ruby arrives in town, dressed in a saloon gown and toting her younger brother, Timmy,
Seth thinks he's been duped and the last thing he wants is a child in his life,
having recently lost his own son.Will time spent together prove to him that Ruby is who she said she is
and can Seth learn to love again?

Posted by Teresa Ives Lilly at 1:00 AM