What did they feed the animals back in the day? 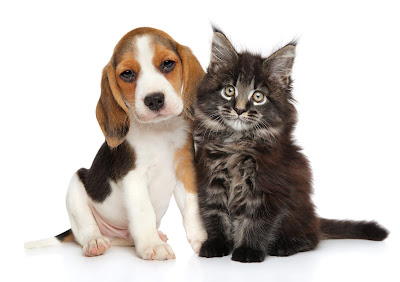 Pets, where would we be without our pets? But for most of history, only the well-to-do could afford to keep pets especially in the cities.

On farms, dogs and cats had a place as long as they didn't become problems. Dogs could guard the yard and children, but if they got a taste for chicken, that was the end of that.
Cats were expected to eat mice.

So what did they feed their pets back in the day? Table scraps. Maybe a soup bone. Milk. Because it wasn't until after the mid-1800s that a dog food was made. An American electrician in London, James Spratt, saw dogs eating scraps of biscuits the ships were throwing out. So he made a biscuit for dogs made up of wheat vegetables and meat. Spratt also had the first cat food. Spratt's Patented Dog Biscuit later became part of General Mills.

To get rid of deceased horses, Ken L Ration came up with canned horse meat to feed dogs.

Dogs and cats are pampered today. I'm sure their cousins from the 1800s would roll their eyes at our pets today. While animals of the 19th century were expected to do their 'chores' - the pets of today work hard to train their people to spoil them.

~~~
In my book Sarah ~ Mr. Beasley is a dog who helps her as she teaches school. 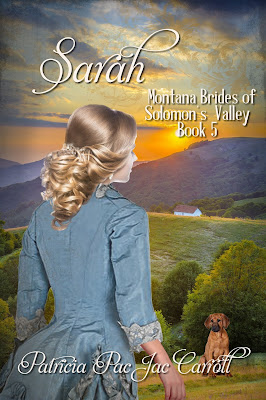 Sarah ~ The next Sweet Historical Romance in the Montana Brides of Solomon's Valley Series.
Sarah has put away her doubts and knows Matt is the one for her. She's also received her letter regarding her intent to teach schools in Shirleyville. She's planning on a wedding but is Matt?
Bridgette continues her genius idea to help outlaws by splitting their rewards with them and then offering to represent them as their lawyer to get them shorter jail sentences. Oh, yeah. Her husband, Sterling, doesn't know about her scheme, but he does wonder why she picked property that backs into the badlands.
The judge and Rachel are settling in to married life, but those kids are keeping them busy.
And then there are Cassidy and Ronan. They are up to something, but no one knows quite what.
Come on back to Solomon's Valley and see what everyone is doing.
A Sweet historical romance with a few twists and turns, fun and faith, and a good time had by all.
Available on preorder on Amazon
and on Kindle Unlimited
Posted by Patricia PacJac Carroll at 12:00 AM