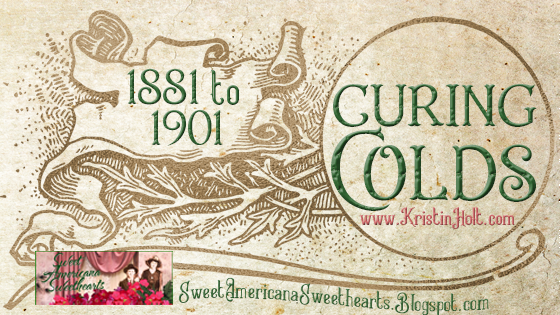 It’s December, and cold-and-flu season is here. “Flu”, the common, household term seldom means influenza in common use. According to the Centers for Disease Control (CDC), influenza strikes harder in October and reaches its peak each year between December and February, and new cases strike as late as May. The great pandemic of 1918 to 1919 killed an estimated 20 million people. Earlier, in the 19th century, twelve epidemics (some were pandemics) struck.

A newspaper article titled “Colds” was published in various United States newspapers in the early months of 1881, including The Little River News of Little River, Kansas (January 19, 1881) and The Times Herald of Port Huron, Michigan (January 29, 1881). The article’s termination indicates the post originated with the New York Tribune.

The opening paragraph of this article, based on scientific comprehension and trusted wisdom of the day, opens with the following paragraph:
“Thousands of people died last year from colds. They were said to die of pneumonia, of consumption, of pleurisy, of catarrhal fever, of various inflammations, every one of which originated in a cold. It may have been, and probably was, a slight cold these people had at first, but was neglected and neglected till it became a more and more serious matter, resulting in severe illness and finally in death.”

Definition of catarrhal fever: old term for the group of respiratory tract diseases including the common cold, influenza, and lobular and lobar pneumonia.

Medicines and medical treatment weren’t nearly what we have now. Understandably, people panicked and did everything they could to manage their environments before they became ill (“Come inside! You’ll catch your death of cold.”). This article contains late-nineteenth century newspaper publications containing common wisdom of the day. Keep in mind that scientists had yet to discover rhinovirus as the contagion for the common cold—a 1956 triumph of the UK’s Common Cold Unit by the Medical Research Council (begun in 1946).

From “Colds,” 1881:
“What is a cold? It is an obstruction of some one or more of the excretory organs of the body, by which effete matters, being prevented from passing off, clog the system, producing poison and consequent inflammation and distress. The pores of the body are estimated at 7,000,000. Each pore is the outlet of a tube one-fourth of an inch long. This makes the whole length of tubing in the skin for purposes of sewerage nearly twenty-eight miles. The lungs also serve as excretories [sic], as do the bowels and the kidneys. Now, when any part of the pores are closed, as those of the feet by chill or dampness, the exuviæ [sic] which should have been thrown off through these pores are retained within the body until some one or other of the excretories can throw it off. Upon whatever part of the body is weakest it will settle. With some a cold goes at once to the bowels, with others to the kidneys, with others to the lungs, with others to the mucous lining of the head and bronchial tubes producing catarrh and bronchitis, with others to the nerves, causing neuralgia. When the poison gets well settled on any one of these organs there is trouble.

The following article, snipped from the Marshal County News of Marysville, Kansas of February 15, 1895, includes the “one very simple way of avoiding colds—keep your mouth shut while out of doors. The man or woman who comes out of an overheated room, especially late at night, and breathes through the mouth, will either catch a bad cold or irritate the lungs...” In the second paragraph, “Chills are often the result of people talking freely while out of doors just after leaving a room full of hot air, and theater goers who discuss and laugh over the play on their way home are inviting illness.”

“Colds,” 1881, offers instructions to prevent a cold:
“... clothing should be changed twice in twenty-four hours, and the air in the room should be constantly renewed. Friction and aeration of the skin at night and in the morning is a great preventive of colds. Bathing should be restored to often enough to secure cleanliness; but each person must be a law to himself as to frequency of bathing and the temperature of the bath.”

“Colds,” 1881, stated:
“Now, what shall one do who has a cold? He should at once take measures to open the pores that have been closed, and so to stimulate the various excretory organs that the poison shut back into the body may be at once removed before it has had time to settle on any vital organ. A hot foot-bath, succeeded by hot libations of sage tea, pennyroyal tea, or other sudatories [sic] commonly used in families, will soon throw one into a perspiration and begin the process of healing. This should be followed by a copious use of a fruit diet, which is the best cathartic in the world. If the lungs seem to be affected, such remedies as will help throw them off obstruction should be used. A mild mustard plaster will generally give immediate relief. The patient should remain in a uniform temperature till his trouble is over, and gradually accustom himself to change of temperature.” (emphasis added)

In an article titled “Curing a Cold,” published on May 16, 1891 in The Pittsburg Daily Headlight of Pittsburg, Kansas, specific instructions from The Ladies’ Home Journal are relayed:
“To get rid of a cold, says The Ladies’ Home Journal, send to the druggist for a mixture containing sulphate of atropia [sic] one two hundred and fortieth of a grain; bi-sulphate [sic] of quinine two grains, and Fowler’s solution, five drops, to each dose. Take a dose once in two hours for three or four times, or until the throat begins to feel slightly dry. If this does not entirely relieve the symptoms, repeat the treatment the next day. Copy this prescription carefully, and use it with care as some of the ingredients are poisonous. There is no danger in using it if the directions are followed exactly. Before going to bed take a warm bath. The next morning sponge the body rapidly with tepid water, rubbing it hard until the blood circulates quickly and the skin is in a glow. Take more exercise than usual, and do not sit in a hot room with the windows shut. Mix a teaspoonful of cream of tartar in a tumblerful [sic] of water and drink it during the day. If there is constipation take a gentle laxative, as a rhubarb pill. It is very important that all the avenues of the body for carrying off waste matter should be wide open.”

The following advertisement was published on February 10, 1899 in the Altoona Mirror of Altoona, Pennsylvania. “A Turkish bath at home. Cures colds and grippe. No after effects from the grippe if you use a Robinson Cabinet. Sole agency at H. W. TURNER’S NEW DRUG STORE, 1120 Eleventh avenue.’ [sic]”

“How to Cure a Cold.
Don’t go to bed. Don’t stop work. Don’t take a Turkish bath and render yourself liable to an attack of pneumonia. Krause’s Cold Cure, in convenient capsule form, will cure you in 24 hours. They are pleasant to take and cause no ringing in your head or other disagreeable sensations. Price 25c.”
Source: The Arlington Enterprise of Arlington, Kansas on March 1, 1901.

“Take Laxative Bromo Quinine Tablets. All druggists refund the money if it fails to cure. 25c.”
Source: The Capital Journal of Salem, Oregon on January 7, 1898.

Advertised in The Evening Herald of Ottawa, Kansas on March 16, 1899:
“To Cure a Cold in One Day.
Take Warner’s White Wine of Tar Syrup, the best cough remedy on earth. 25 and 50 cents. For sale by H. B. Brombacher.”


For aches and pains associated with colds? Try coca wine, laudanum, or morphine.

And whatever you do, don’t leave home without a clean handkerchief. 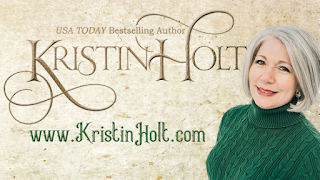