Christmas and Holiday Stories. We can't get enough of 'em! 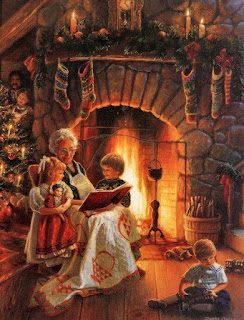 Hello! Kit Morgan here and today I want to talk about holiday reading!

Those of us in the 21st century aren't the only ones who enjoy a good holiday story. Back in the day, Charles Dickens hit the mark with A Christmas Carol. In fact, the 1800's produced quite a few classics that many a frontier family enjoyed at Christmas time. Plus many families had their own stories to share around the hearth!

What stories am I talking about? How about The Little Match Girl by Hans Christian Anderson. The story was originally published as part of the author's fifth volume of fairy tales in 1848.

Of course the afore mentioned Charles Dickens' A Christmas Carol first published in 1843 and one can't forget Mark Twain's A Letter From Santa Claus. He wrote a letter to his daughter, Suzy, who was often ill as a child. He wrote the letter as Santa Claus!

Then we have The Elves and the Shoemaker written by the Brothers Grimm back in 1812. There's the 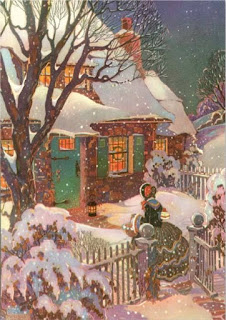 Nut Cracker and the Mouse King by E.T. A. Hoffman, whose story was turned into a ballet in 1892 by Tchaikovsky.

There are also books folks on the frontier might have known of that we don't. Probably becasue they haven't been made into a movie! Take The Christmas Cuckoo by Frances Browne, a blind Irish poet and novelist. The Christmas Cuckoo is part of a collection of short stories entitled Granny's Wonderful Chair and was translated into many different languages.

The Burgler's Christmas is another tale many might have never heard of.  Written by Willa Cather back in 1896 and published under the pen name of Elizabeth L. Seymore. Folks loved the story because the author used very plain language and wrote about ordinary folks.

Oscar Wilde even penned a holiday tale entitled The Selfish Giant. When it comes to the old west, we can turn to O. Henry who penned A Chaparral Christmas Gift. A rip roaring western featuring Frio the Kid! He also wrote Christmas by Injunction about a prospector named Cherokee. 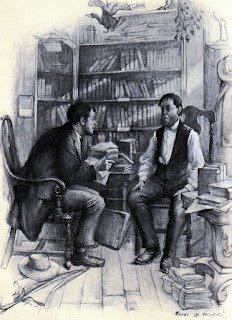 And of course everyone has tales from their own famly's past Christmases and other holiday happenings. I know my family certainly does! Let's face it, we love our holiday tales! I myself love writing them and have quite several Christmas stories out in the world.

So enjoy some holiday reading this season. You might find something new to read alongside your beloved classics!

You can check out my holiday books on my Amazon Page

Until next time, happy reading!!!