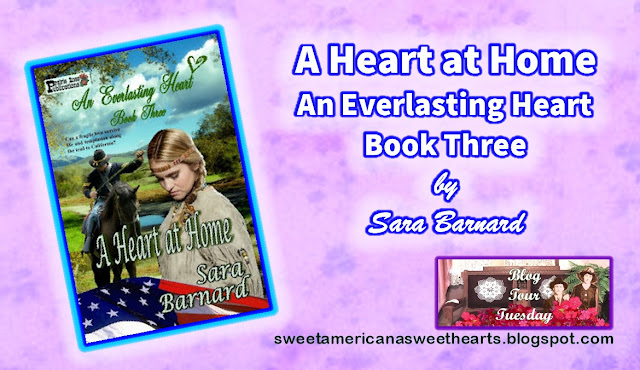 Sanderson Redding is set to go west to a waiting job as an Indian Agent—if Charlotte agrees. Leaving their home in Arkansas isn’t easy, but there’s not much left of Altrose—and no jobs for men with families. War veteran Jerry Thomas has secured positions for himself and Sanderson in California, but they must leave immediately. With a heavy heart, Charlotte bids goodbye to her father, Minerva, and Cotton. There’s no time to spare, and they set out early the following day for California.

Travel is hard on Charlotte, who is pregnant, but she finds a new measure of determination to face what comes their way—including a prairie fire, hostile Indians, and a hard childbirth she is afraid she might not survive.

But the demons of Sanderson’s military life refuse to be left behind, as he finds himself embroiled with the Earp brothers and a lady of the night who carries a grudge against Charlotte.  Will Charlotte and Sanderson’s marriage withstand the turmoil they must overcome?  And should they survive the journey through a hostile, wild country, will they find happiness in an unfamiliar place that drove them west and took them from their beloved Arkansas home? 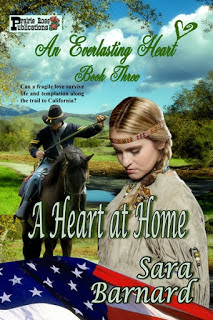 A heavy chunk of coldness fell upon her shoulder. “Sanderson!”
A fist-sized ball of ice hit Achilles on the rump. He reared. Somehow, Charlotte managed to keep her soggy seat. “Somebody, help!”
“Cover your head, Charlotte,” Sanderson shouted through the din. But his words were lost in the swirling storm.
For a moment, the panic cleared. Get under a tree!
Charlotte thought. Ride out the storm. Her horse, though, was in no mood to be placated or to take cover.
“Achilles is spooked from the hail!” she called to the men who had, moments before, been mere feet from her. It was no use. She lost control to the chunks of falling ice. The more hail that pelted down, hammering him from head to rump, the more spooked Achilles became.
Before anyone could come to her rescue, Achilles was running flat out into the blinding storm. Due north, away from Sanderson. Away from Jerry. Away from their destination. And straight toward Breakneck Canyon.

Set in the post Civil War South, the romance of Charlotte and Sanderson continues as they leave with their friend to accept a job as an Indian agent in California. I enjoyed reading the adventure along the way, including cameo appearances of real historic people. Entertaining and engaging with its ongoing theme of the importance of family.

You may purchase A Heart at Home on Amazon by CLICKING HERE.

Sara Barnard is mother to four beautiful children, daughter to a pair of awesome parents who have become two of her best friends over the years, wife to a handsome Texan, student to her Master's of Arts in European History classes, and friend to many. Oh, she writes some, too. 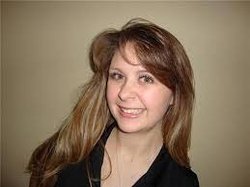 Sara began writing in the third grade, but became serious about becoming published after watching Eclipse with her friend, Rochelle. Rochelle mentioned that Ms. Meyer was a housewife with many children, so Sara decided that since she was back home while her husband was deployed, she would put pen to paper and see what happened. Wow. She started writing in 2009 and hasn't stopped since! This has led to her finding her publisher, 5 Prince Publishing, and her awesome Warrior Princess editor!
Her debut novel, A Heart on Hold, was published in 2012 and quickly became a series. Books 2 and 3, A Heart Broken and A Heart at Home, were published in January 2013 and June 2013 respectively, with book 4, A Heart Forever Wild, forthcoming! Book 1, A Heart on Hold, made it to the top three finalists for the best of 2012 American Historical RONE award and became an Amazon bestseller! Book 2, A Heart Broken, appears to be following in the same path. On a different note, set to release in November is Sara's debut Amish romance novella, Rebekah's Quilt.