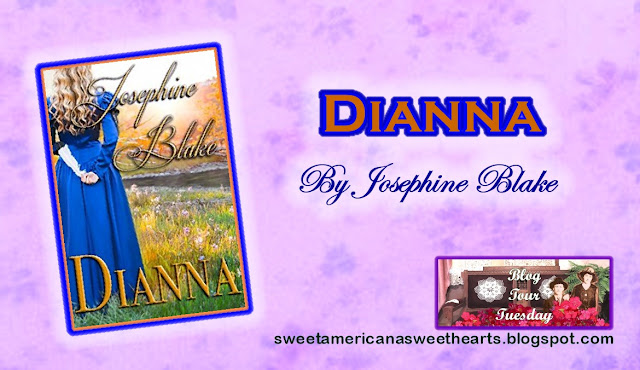 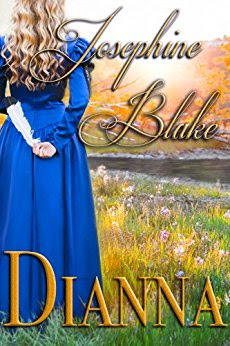 A pull here. A tug there. Something is calling out to Dianna from a distance.

While her younger sister begins planning her marriage to the son of a wealthy business man, Dianna discovers a yearning within her soul the likes of which she has never known. Having brushed aside the many suitors presented to her over the course of her adolescence, Dianna refuses to fall quietly into spinsterhood.

Her cravings for adventure and change overpower her strong sense of logic and she journeys forth to marry a man she knows only from a handful of letters.

This change is good.This is the life for her. Isn't it?

“Tell me right now, Dianna. This instant!” Sarah made a grab at the papers that her sister was holding behind her back and missed.

“It has absolutely nothing to do with you, Sarah Jane, now mind your own business.” Dianna smoothed her honeyed locks back from her face with one hand. It had come loose from its pins during the tussle.

“What are you up to?” grumbled Sarah, propping an irritated fist on her hip as she surveyed Dianna with a suspicious glare.

Dianna huffed and straightened the pinstriped gown she wore over her tightly laced corset. She turned from her sister, still holding the sheaf of parchment away from her body, expecting another attempt to wrest it from her fingers.

“I repeat,” she said, tucking the letter away into her nightstand and locking the drawer with a small key. “It is none of your business,” Dianna slid the tiny bronze key into the neck of her dress and strode past Sarah, who was looking mightily offended. She glanced back at her younger sister as she made her way out of her bedroom. “Come down for dinner, you. Mother will be in the foulest of moods if we’re both late.”

Sarah was still staring grumpily towards Dianna’s bedside table, as though she might be able to force it open with the sheer power of her will. Behind her, the bedroom window was closed firmly against the autumn chill. Orange and brown leaves, fallen from the aged oak tree in the front garden, swirled past the glass. An ancient rope and plank swing could be heard squawking over the rustling of the wind.

Dianna rolled her eyes and returned to her sister’s side. She took hold of Sarah’s arm and steered her from the room, through the hallway, and down the sweeping staircase of their Manhattan family home.

“You’ve never kept a secret from me before,” muttered Sarah, the most pitiful note of woe in her voice.

Dianna rolled her eyes again, although this was perfectly true. “You’ll know if anything comes of it,” she said, and she gave her sister’s hand a pat. This comment only seemed to cause further irritation. Sarah’s frown deepened and she opened her mouth. Dianna cut her off before she could start again: “You’ll know soon enough,” she repeated, giving her a quelling look. Sarah glared at her, but closed her mouth.


You may purchase Dianna on Amazon by CLICKING HERE.

Josephine Blake is a historical fiction writer from Portland, OR. Her debut novel 'Dianna' hit the shelves in August of 2016. Before publishing her own work, she worked as a freelance fiction and ghost writer for numerous clients. Josephine Blake is happily married, and freely admits that her husband is the inspiration for every bit of romance she ever writes.

Posted by Zina Abbott Author at 1:04 AM