When creating the hero for my latest release, Laced By Love, I wanted him to have a skill that allowed him to set up a shop wherever he traveled. Because I was writing a story set in a pre-established world (Montana Sky Kindle World) of a Montana Territory mining town, I already knew any characters coming to this town needed to be ready to build their own house quickly. The town’s boarding house and individuals cabins were for those who worked in the mines.


So I decided to make him a saddler and started on the path of researching tanning hides and working with leather. What I learned was fascinating (as often is with research). When asked about quality leather most people think of Italian or Cordovan leather. But I discovered in the 18th century the highest quality leather was considered to be of Russian manufacture. Not only was the leather supple and cross-hatched, rich in color, it was also water resistant and it repelled insects. Plus it contained a distinctive sweet odor.  To keep the value high, the Russians were very secretive about the tanning process, even though spies were sent from Europe to attempt to learn the secrets. 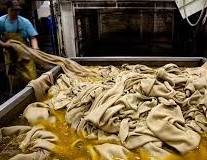 In this case, what was learned was the hides soaked for 4 months in a pre-tanning solution, then they were turned or mixed daily for up to an additional 6 months. The hides were then transferred to vats   filled with water and bark from various trees (oaks, larch, poplar, willow) where they sat for up to 18 months. Afterward the hides were dried, pounded with mallets, shaved to a uniform thinness, pulled over sharp rings  to create the cross hatching, and finally dressed with oils—the secret ingredients of which was never discovered before the Russian Revolution of 1917 when the factories and all the records were destroyed.

The concept of corporate spies in the 18th and 19th centuries intrigued me. So my hero became a leather worker whose family had plied the trade for several generations. His father first arrived in America as a tanner for the Russian settlements along the Pacific coast in the 1850-1860s. Spies came snooping about the family’s San Francisco business, so the father sent his three sons in separate directions until the patent received final approval. My hero, Nicolai, had moved three times in the past year to avoid suspected spies and keep the formula secret. With hopes of settling in Morgan’s Crossing, Nic builds a shop with living quarters in the back. And he’s just opened business when the vaudeville troupe the heroine, Cinnia, performs with arrives.


The element of subterfuge and secrecy adds another layer to the conflict that I hope intrigues readers. 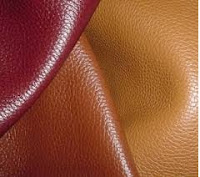 Linda Carroll-Bradd writes both contemporaries and historical romance with a touch of humor and a bit of sass. More information on other titles can be found on her website or Amazon author page. To keep current on upcoming releases, subscribe to her newsletter.

If you’re so inclined, please tweet this blog post.
19th Century Corporate Espionage in LACED BY LOVE @lcarrollbradd #SweetAmerSweethearts http://amzn.com/B01BL0HL4K
Posted by Linda Carroll-Bradd at 3:30 AM