It's Not All About the Turkey! - Side Dishes Served at the First Thanksgiving by Jo-Ann Roberts 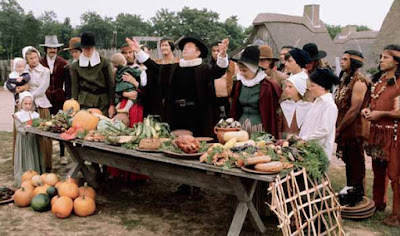 No holiday is so completely defined by its food as Thanksgiving. No matter what part of the country you're in, it's safe to say at least some of the foods listed in this blog will be served on your table today. Read on to discover the sometimes-surprising history behind your favorite holiday dishes. 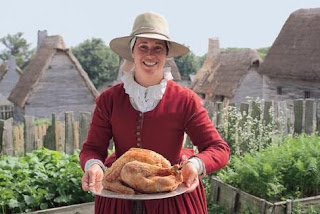 While we don't know the exact menu of the first Plymouth (or Plimouth - an alternative spelling that got my husband in trouble during elementary school!) feast, there was evidence of wild turkeys. In addition, boiled duck with onions, geese, and even passenger pigeons were the more prominent and available fowls. And given their proximity to the ocean, oysters, lobsters, clams, and eel were likely on the menu.
However, stuffing was quite different from what we're used to. Plymouth colonists didn't have white flour or butter so traditional bread stuffing wouldn't have been possible. Instead, they used chestnuts, herbs, and chunks of onions to flavor the meat.
Like local fowl, cranberries were widely available in the area along with Concord grapes, blueberries, and pawpaws (its taste compares to pineapple, mango, or
banana). The cranberries grew in such abundance, they were mashed with lard and dried venison to create pemmican.

Potatoes weren't yet cultivated in Plymouth prior to the first Thanksgiving, so how did mashed potatoes become a holiday staple?  Thank Sarah Josepha Hale, editor of Godey's Lady's Book. Her frequent appeals to officials and President Lincoln were compelling enough for him to declare Thanksgiving a national day of celebration in 1863. Her writings included recipes and descriptions of idealized Thanksgiving meals, which often featured--you guessed it--mashed potatoes!
Despite the lack of potatoes, it's likely a gravy of some sort accompanied the meats. Cooking meat in sauces dates back hundreds of years, and the word "gravy" was found in a cookbook from 1390.

To make the gravy, the remains of the roasted meat were put in a pot to make a broth. That broth would be thickened with grains to create a gravy to liven day-old meat...a precursor to today's leftovers!!!
Corn was a staple of the Native American diet and would have been nearly as plentiful then as it is today. But it was prepared either as a cornmeal bread or mashed or boiled into a thick porridge-like consistency. Sometimes it was sweetened with molasses. 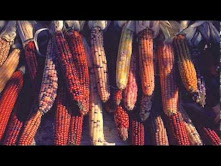 Like cranberries, pumpkin pie does have ties to the original Thanksgiving but not in the way you might think. The Pilgrims knew how to make pie pastry but couldn't make it without flour. In addition, they were perplexed by pumpkins which were larger than the gourds they knew in England. Especially when they noticed the Native Americans using pumpkin as a dessert meal. They baked the pumpkin and squash in the ashes of a dying fire and sweetened with honey or maple syrup. It was likely that Sarah Josepha Hale was inspired by those stories when pumpkin pie appeared in her column! 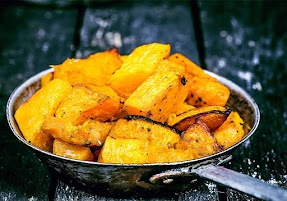 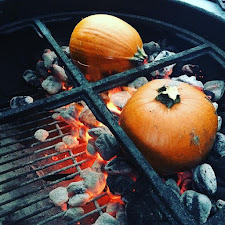 As you gather with family, friends, loved ones, or neighbors today, remember it's not what's on the table but who's around the table that make us truly grateful for the blessings and bounty we have received. 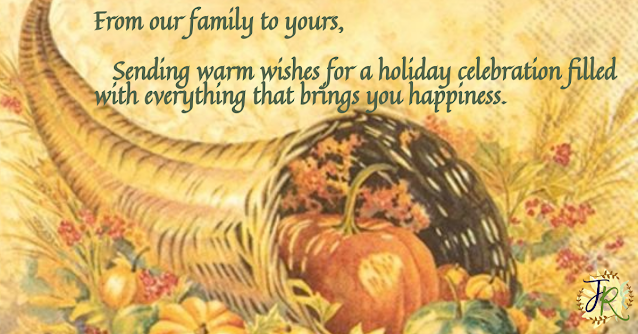 My newest release, Noelle - Christmas Quilt Brides, goes live tomorrow, November 25th!!!!! Give yourself or your favorite reader an early Christmas present!
A widow reluctant to love again...
A deputy determined to win her heart... 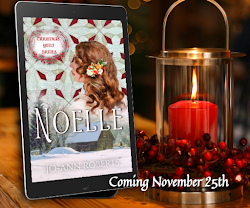 Two years ago, Noelle Prentiss lost her husband to an outlaw's bullet. With two children to raise, a small farm to tend, and a job making quilts to sell at the mercantile, she's doing her best to keep her property and life intact...until a man claiming to be the new deputy rides into her life captivating her children with his dog, his smile, and his easy-going charm.
When Coleman West agrees to stop by the Widow Prentiss's home on his first day as a deputy in a small Kansas town, he has no way of knowing obeying the sheriff's order will change his life. Spurned by love years before, he became a lawman, dedicated to protect and serve. Yet, he has no idea the widow and her children would call to his heart in a way he never expected.
With Christmas looming, will the growing attraction between Noelle and the deputy reveal the gift of a second chance?
Or could a stranger from the deputy's past threaten the man who captured her heart?
CLICK HERE
Posted by Jo-Ann Roberts at 3:00 AM