Where's the Bread? Bakeries in the Old West 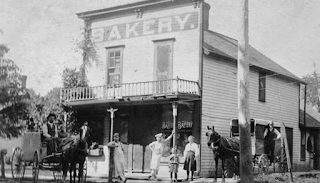 Okay, so when one thinks of the old west, one of the last things they think about is a bakery! Kit Morgan here and today I want to tell you about bakeries in the old west!

Believe it or not, if you were a cowboy, a bakery was a godsend. Most men didn't cook, so cowboys, bachelors, ranch hands, and miners depended on the bakery for fresh bread and other yummy things.

A lot of bakeries were run by women, most of which were of German or Swedish descent. In fact, a lot of bakeries from 1850 into the 1890s were this way. You could get things like rye and pumpernickel bread along with the usual bakery fare. Brown and white breads. And of course, you could also find cakes, pies, pastries of all kinds, doughnuts, and even candy. If you were really lucky, they served things like ice cream too! 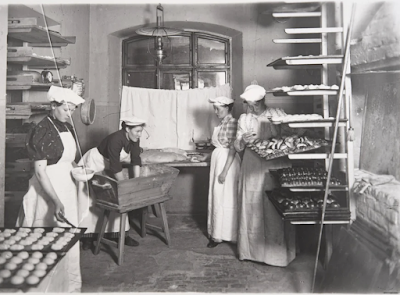 Bakeries were an easy business to start in the 1800's. Folks tended to buy bread when they couldn't afford much else. And, lets face it, food is a necessity and who doesn't like fresh baked bread without all the fuss?

Flour was the main ingredient used in a bakery and plentiful. Sugar and yeast were also widely used for most bakery goods. The rest was a little baking talent and work. 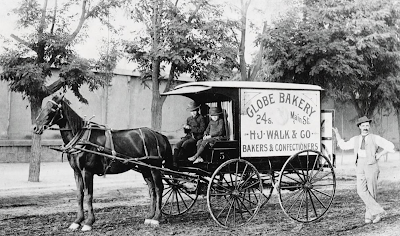 Every small town that cropped up eventually got a bakery. In fact, there's a lot of historical western romance characters, both heroines and heroes who own a bakery in a story!

So the next time you pop into your local bakery, think of a cowboy fresh off the range, a few coins in hand, taking in the wonderful aroma. What a sight that would be!