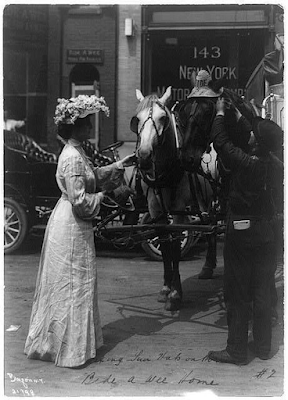 Hats and horses! Yes, this actually happened.
When the nineteenth century gave way to the twentieth, humane societies were taking root. One society, the Society for the Prevention of Cruelty to Animals (SPCA) focused on a certain type of cruelty--horses in the hot sun.

Cab drivers in Europe already knew how valuable it was to put a hat on a horse. Some even put wet sponges in the crown to cool of an animal during steamy summer days. For some reason, the idea hadn't taken root in the United States, though. The SPCA campaigned for this to become a regular practice in the U.S.
By 1901, hats for horses were selling well in cities like New York and Boston. In Utica, New York, one store reported that they sold 150 horse hats in an hour on a July day. The idea spread from the cities to the countryside. Animal rights proponents recommended hats for workhorses as well as those pulling taxis.
Today, it's easy for us to imagine a hat on a horse or a donkey. After all, many people have seen the television show Mr. Ed. That horse seemed to often have a hat on its head. And all because of the SPCA.
If you'd like to read more about this, check out https://www.adirondackalmanack.com/2012/05/early-animal-rights-the-hats-for-horses-campaign.html. 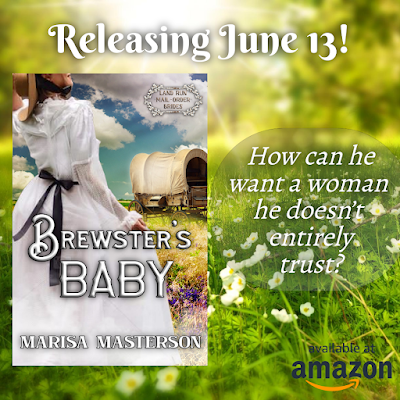 Michael Brewster needs a wife as he sets up a new business. That’s all! No complications or tender feelings will soften his hard heart or get in the way of his plans to build an empire.

Hetty Fields arrives by train on the very day of the first Oklahoma Land Run. She’s a day late, upsetting her groom's perfect schedule. Add to that, she does something to him that threatens to awaken his sleeping emotions. And then he sees the baby…

Why didn’t she warn him about the baby? How can he want a woman he doesn’t entirely trust?

If you enjoy sweet romance set against historical events with light suspense, this book is one for you to read!
Posted by Sheila M at 1:30 AM