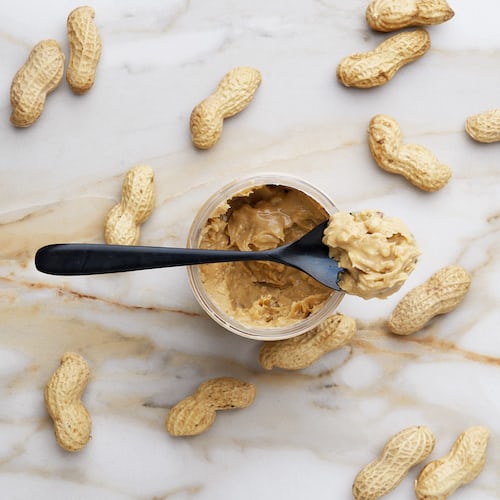 Did you ever stop to think about peanut butter?

According to the National Peanut Board, the average person will consume almost 3,000 peanut butter and jelly sandwiches in their lifetime.

By law, any product labeled peanut butter in the United States has to be at least 90 percent peanuts. To make a single 12-ounce jar of peanut butter, it takes about 540 peanuts. Peanuts are among the most valuable cash crops grown in the U.S., with a farm value of over $1 billion, according to The American Peanut Council.

Evidence suggests the peanut plant originated in Peru or Brazil. There are no fossil records to document it, but there are pieces of pottery from South America that were created in the shape of peanuts or decorated with peanuts as far back as 3,500 years ago.

As early as 1500 B.C., Incans used peanuts as part of sacrificial offerings and were sometimes entombed with mummies. Tribes in central Brazil reportedly ground peanuts.

European explorers found peanuts in Brazil. Peanuts were grown as far north as Mexico. The explorers took peanuts back to Spain, and from there they spread to Asia and Africa. Africans introduced peanuts to North America beginning in the 1700s.

It wasn't until the early 1800s that peanuts were grown in the US as a commercial crop. They were first grown in Virginia and used mainly for oil, food, and as a cocoa substitute. At one point, peanuts were regarded as food for livestock and the poor.
Peanut production increased steadily through the first half of the century. Peanuts become prominent after the Civil War when Union soldiers found they liked them and took them home as a food source high in protein.
PT Barnums circus wagons traveled across the country and vendors called out "hot roasted peanuts" to crowds. Street vendors began selling roasted peanuts from carts, and peanuts were also popular at baseball games.
Around 1900, equipment was developed to increase quality production, and demand for peanuts grew.
John Harvey Kellog, the cereal pioneer, filed a patent for a proto-peanut butter in 1895. He developed an easily digestible paste for patients at the Battle Creek Sanitarium. In 1896, an article in Good Housekeeping encouraged women to make their own peanut butter with a meat grinder, pairing the spread the bread.
During World War I, peanuts and peanut butter were used to fill the hole that meat rations created.
It wasn't until 1915 that recipes began to pop up with peanut butter began to be listed as a featured ingredients. The recipe with the criss-crossed fork design on it is credited to a 1930s recipe.
Peanut butter was a staple in our house growing up. My dad liked to make what my grandpa called "stir-round" which was a mixture of peanut butter and honey (or molasses or corn syrup). Then they'd slather that on a piece of bread.
My mom often made peanut butter cookies. 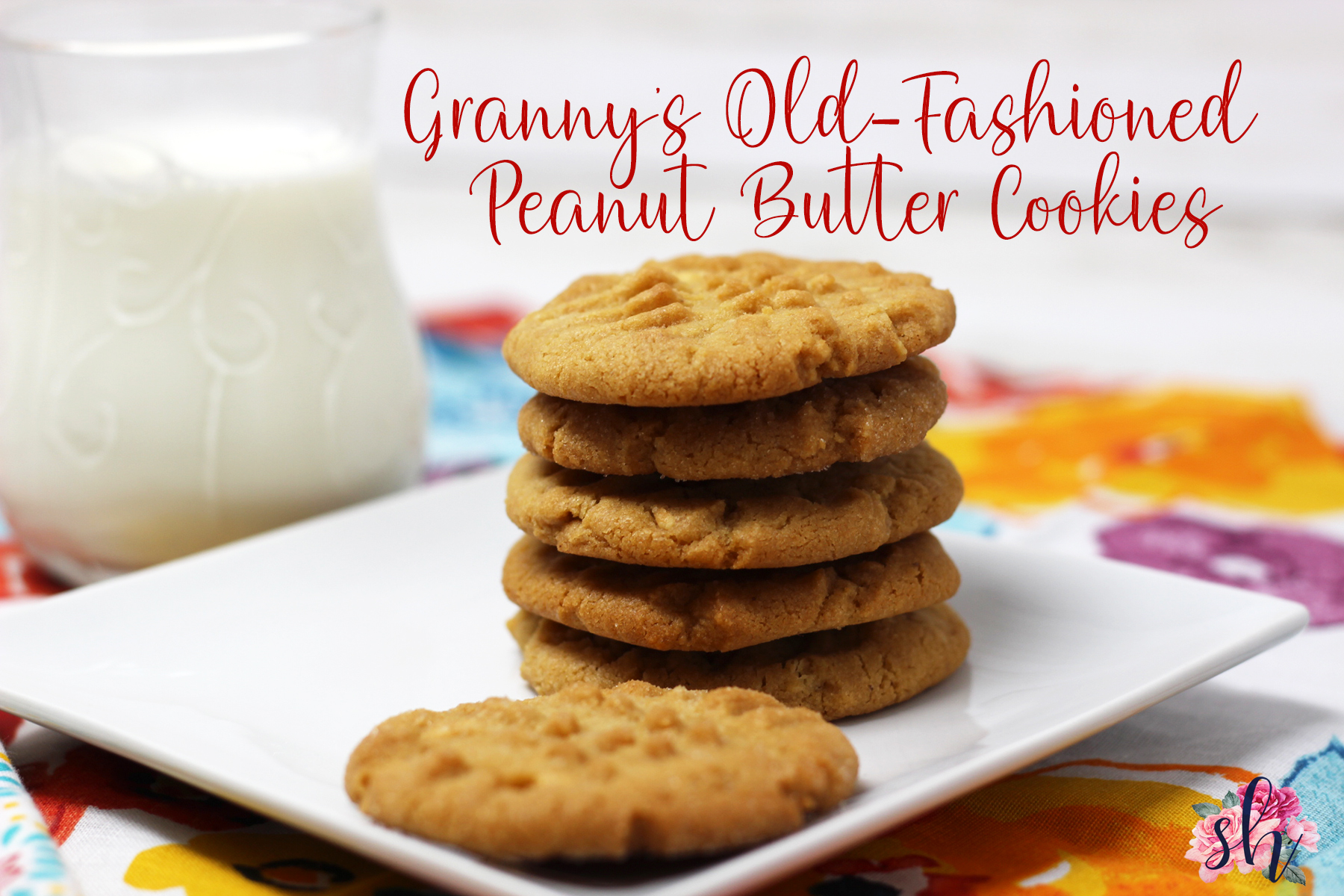 One day a few months after my mom passed away, I asked my Dad if he could have any kind of cookie, what would he choose.

My mom never shared her peanut butter cookie recipe with me, nor did she leave it tucked away anywhere that I could find after she passed away. So I embarked on an experiment of finding a recipe similar to what Dad remembered.

I tried the easy cookie recipes that only had a a few ingredients. I tried complicated and labor intensive recipes. Nothing tasted like the cookies he remembered Mom always making (and I had to agree!).

Finally, in a moment of desperation, I dug out my granny’s old Betty Crocker Cookbook and looked up this peanut butter cookie recipe.

From the batter-splattered page, I think it was one Granny made often. And from the big smile on my dad’s face when I gave him these cookies, it is the recipe my mom always used, too! 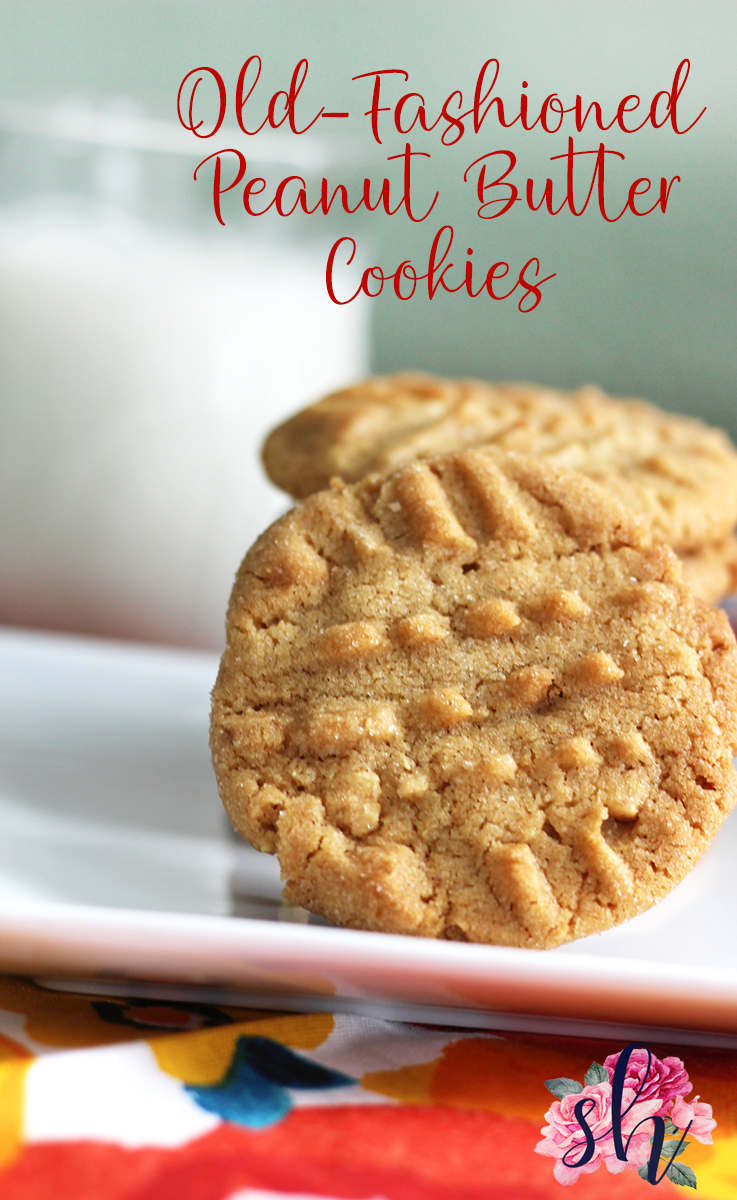 In a separate bowl, mix peanut butter, butter, and egg. Stir in 1/2 cup granulated sugar and brown sugar. Blend in flour mixture. Cover and chill for at least an hour.

Preheat oven to 375 degrees. Line a baking sheet with parchment. Using a spoon or cookie scoop, shape a walnut sized portion of dough into a ball. If desired, roll in remaining sugar. Place on baking sheet about two inches apart. Flatten with a fork in a criss-cross pattern. Bake cookies for about 10 minutes, until set but be careful not to overbake. Cool on baking sheet a few minutes before transferring to wire rack. 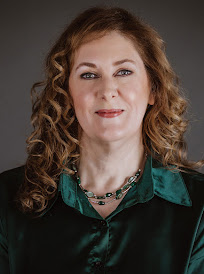 USA Today bestselling author Shanna Hatfield is a farm girl who loves to write. Her sweet historical and contemporary romances are filled with sarcasm, humor, hope, and hunky heroes.