Creating a Family Legacy for a story 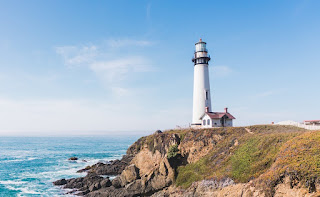 For my recent release, Lightkeeper’s Challenge, I wanted to create a family who had a legacy of being lighthouse keepers. Since the story was set in 1880, looking to Europe for the characters’ ancestors was the logical solution. During the 1800s, America bloomed in size because of the relocation of immigrants seeking a better life.

Part of the fun of writing a new novella is populating it with people who have rich heritages. Research tells us that people who emigrated held tight to their country’s traditions. Besides doing things the way they already knew, heeding tradition kept them connected to those left behind, as well as offering the potential for banding together in their new home.

I chose Denmark as the country of origin for my heroine Lisbet’s family—the Dinesens—partly because of the country’s early history with lighthouses. Lisbet strives to become the fourth generation of lightkeepers. I established her great-grandfather as serving as a lighthouse keeper to the Skagen White Lighthouse at the northern tip of Denmark. This is where Lisbet’s father grew up and learned the trade.

Once the ancestry is selected, then I look for details about the country’s culture to include. If I want the character to be musically inclined, I research native instruments. If the character likes to do handcrafts, I check if the culture invented something contemporary readers would know. I especially have fun with researching details about food and wedding customs.

All of the above are included in Lightkeeper’s Challenge, book 12 in the Keepers of the Light series. 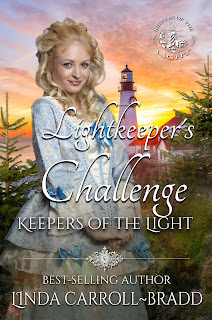 Raised in a Pacific Coast lighthouse, Lisbet Dinesen hopes to follow family tradition and succeed her father as senior lightkeeper. Assistant lightkeeper Hale Warwyck feels he’s paid his dues by working the night shift for five years and deserves command of his own lighthouse.

Principal Lightkeeper Anders Dinesen announces the need for a substitute during his vacation time. Both Lisbet and Hale want to step in. A challenge is established to test their suitability and skills. Has Anders taken on the role of matchmaker for his eldest child? Will the competition drive a wedge into Lisbet’s and Hale’s budding attraction?

Let me know if you like such cultural details in the historical stories you read.

Posted by Linda Carroll-Bradd at 4:02 PM