What is a Sheriff? Many people imagine shootouts and gunfights in the Wild West. This is what movies have made us think about. It's hard to imagine there was actually sheriffs before then.

The sheriff position spans over a thousands years.  When the English settlers came to America, they brought with them the office of Sheriff.  On record is an elected sheriff from 1651.  That sheriff was chosen by vote, however, most sheriffs are appointed.

Unlike you see in the movies, sheriffs were not just poor cowboys who lucked on the job. Most sheriffs were already wealthy men and they also received good pay for doing the job. 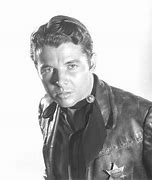 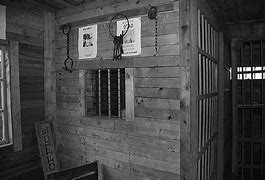 Throughout the years, sheriffs were given many assignments such as law enforcement, tax collections, overseeingthe jails and workhouses.

As Americans moved west, they took the concept of the office of sheriff with them.  Sheriffs were needed to establish order in the lawless territories and being a fast accurate draw with a gun were of upmost importance.  Sheriffs were either quick or dead.  Many sheriffs kept order by their virtue of authority rather than their guns. The images we see of sheriffs using their guns to have shoots outs on a daily basis just did not happen as often as one would think. 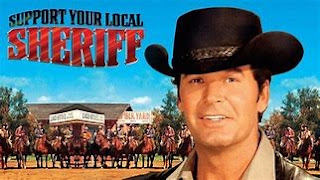 (Watch this it is sooo funny)
Most Americans think the role of Sheriff ended with the taming of the Wild West, however there are over three thousand counties in the United States today and each one has a sheriff.

There is some debate about who was the first woman sheriff, but according to the Handbook of Texas


the first woman sheriff in Texas is Emma Susan Daugherty Banister. In fact, she is probably the first woman sheriff in the United States. She was the daughter of Bailey and Martha Ann (Taylor) Daugherty, born in Forney, Texas, October 20, 1871.
September 25, 1894, she married John R. Bannister in Goldthwaite, Texas. Bannister was a former Texas Ranger In 1914, Bannister was elected sheriff of Coleman County and the family moved from the farm to the first floor of the Coleman County Jail. It was here that Emma served as John's office deputy, buying supplies, running her household and also oversaw the preparation of meals for the family and for the prisoners.  Back at that time, it was not unusual for the sheriff and his family to live in the county jail.
On August 1, 1918, the sheriff died and the Coleman County Commissioners appointed his wife Emma to complete out the term of the office. She later declined an offer by the commissioners to have her name placed on the ballot for the November elections for a further term in office. When her term as sheriff ended, she and the family moved back to the farm at Santa Anna. She was succeeded by W.R. Hamilton.

Ruby was written as part of another series; however, it takes place in Waterhole, Texas as well. https://www.amazon.com/Order-Widows-Brides-Secret-Babies-ebook/dp/B088P7M4DN