FROM YANKEE DOODLE TO BUMPER STICKERS by Marisa Masterson 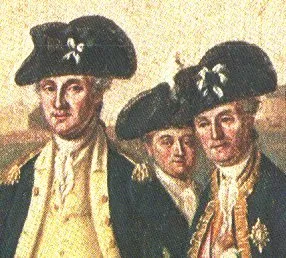 
There has to be someone else out there who's wondered why patriots would call a feather macaroni. The song doesn't make much sense--out of context that is. When I researched about cockades, a light went on in my brain. Now I understand.

First, let me introduce what a cockade is. Ribbons would be formed into the shape of a rosette. Then a button was secured in the middle. Look at the hats in the picture above and you'll see the cockades on the brims.
British officers also wore cockades on their hats. These were nicknamed macaroni. George Washington urged his officers to wear cockades of specific colors to match their ranks. Lack of uniforms caused him to order this.

Washington ordered, "that the field officers may have red or pink colored cockades in their hats, the captains yellow or buff, and the subalterns green." http://home.freeuk.com/gazkhan/03%20Cockade/cockade_new.htm

When ribbon cockades became scarce, revolutionary war soldiers used items from nature, like feathers in their hats. So, when Yankee Doodle stuck a feather in his hat and called it macaroni, he actually was replacing a cockade with something he found around him. This way, other soldiers would know his rank. Amazing, isn't it? 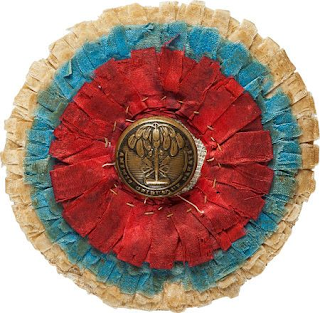 Cockades with the palmetto in the center started appearing in South Carolina even before the state seceded. During the Revolutionary War, soldiers hid in the palmettos and attacked British soldiers from them before retreating back into the thick protection provided by these scrub trees. Remembering that, the state government added the palmetto to its flag that year. Citizens wore the cockades in support of rebellion against a repressive government. 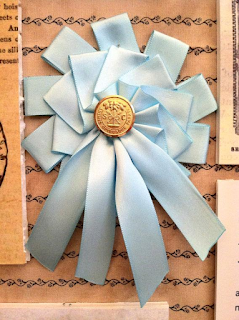 Several states in the south adopted this cockade so that it became a common sight. Women pinned it to their dresses in support of their men who were fighting for the southern cause of freedom from what they viewed as tyranny. 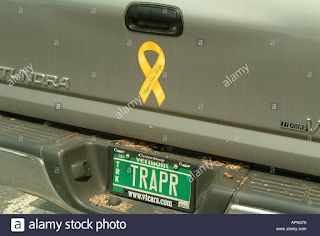 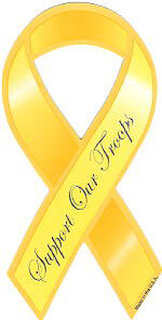 Today, cockades aren't likely to be made from ribbons and buttons. Still, they're seen daily on the bumpers and back windows of vehicles. After the Gulf War, the yellow ribbon became a common sight. A different medium, but the desire to support the troops is the same as what those women in the 1860's experienced. From Yankee Doodle to bumper stickers, we've had a long love afair with cockades in this country.


Interested in learning more about cockades? Check out these sites: 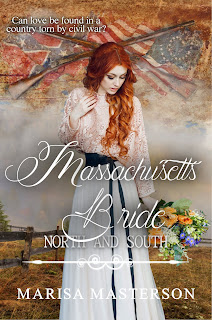 All’s fair in love and war.
Hardly! Neither war nor love have been kind to Milo Roberts.

He survived a battle no one expected only to have his brother die next to him. Wounded, he lays in a cot and determines to leave war behind, no matter what his abolitionist father says.
Fiona immigrates to the United States after her cousin promises her a job. While aboard ship, she worries about the war ramping up in that country. Little does she know danger is much closer than the battlefields.

At the Boston docks, she escapes the trap set for her. When the woman who gave her safety asks Fiona to marry her son, the girl agrees. She longs to live on the farm that will be his when they marry.
If only the husband wasn’t so tempting.

While the North and the South war, the battle in their farm house involves unfulfilled love and the tormenting nightmares. What can a man do when his beloved wife prefers the cow’s company? With unrest among the Irish and interference from Fiona’s cousin, will his Irish beauty ever love him?