HOW TO FEED BABY? by Marisa Masterson

A baby is left on the steps one wintry night. A man and woman join forces to provide it with warmth and food. Perhaps they might even give it a home. This is the premise of my latest novel, A Snowy Delivery for Christmas. While writing it, I needed to research how my couple, living in the 1920s, would feed this baby.

In so many wonderful romance novels I've read, a motherless baby is passed along to a wet nurse. While that sets up the possibility of romance between the grieving father and the woman nursing his child, what happened to a baby if no nursing mother was available? How did babies survive in a time before Playtex Nursers or Doctor Brown bottles?

Gag! They, ugh, would hold a baby up to the teat. As in animal teat. At one point in France, it was considered normal to hold the baby up to an animal teat and allow it to nurse. I suppose desperate situations demanded desperate solutions. The alternative to this was awkward and time consuming. The infant had to be fed milk from a spoon. Problems with choking immediately come to my mind as I imagine this way of feeding. 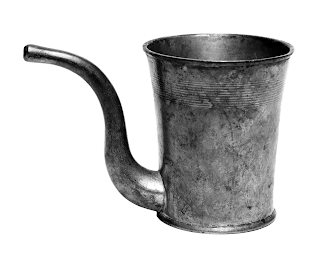 Why use an animal teat or a spoon? Other methods of feeding babies were available. Pewter containers with a spout were popular (known as bubby pots). A rag was tied over the holes in the spout (imagine a small watering can) for the baby to nurse. It wasn't a nipple, but it did work.

So why did babies fed this way tend to grow ill? Bacteria! In fact, most of the earlier methods of feeding babies allowed for a growth of bacteria. Of course, the existence of bacteria had yet to be proved at that time so people could observe the effects and make the connection without knowing exactly why the containers made the babies sick.

In 1841, the first glass bottles were developed by an American, C. M. Windship. Imagine this, though. The bottle had to be fitted over the mother's breast. The point was to trick the baby into thinking she was breastfeeding. That idea didn't last long. Soon bottles closer to what are available today were developed. Still, the modern heat-resistant upright glass bottle wasn't available until the 1950s.

The most distressing part of my research concerned the nipple. I say distressing because of my modern understanding of bacteria. In preparing my granddaughter's bottle, I wash the parts in hot water and then sanitize them in boiling water.

Before rubber was available dried cow teats or leather were used as nipples. Some nipples were fashioned out of cork. I can imagine a parent's frustration at that point. The leather or dried teat would give the baby bacteria and make her sick. The cork wouldn't regulate the flow of milk and could choke the baby. Bottles with tubes seemed the best solution, but those allowed for a growth of bacteria in the tube. Again, the babies grew ill when using that method of feeding.

Oh, the miracle of rubber! A rubber nipple was introduced in 1845. What a wonderful invention. Too bad that it smelled horrible. Who wants to suck something that smells offensive? Advances by the early twentieth century changed the rubber nipple so the odor was gone, making it the accepted way to feed a baby. Accepted that is if breastfeeding wasn't an option. The push away from this natural form of feeding a baby didn't happen until later in that century.

After witnessing my daughter's struggle to feed her new baby, I am glad for Doctor Brown bottles and modern materials. Still, I pause to consider the history of trial and error that brought us to this age of safe and hygienic options. Shudders run through me as I think over the information I read while research the history of bottles and nipples. 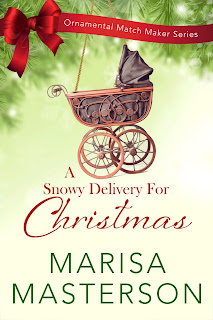 Christmas, 1921
Victrolas, flappers, and a rooming house where two lonely people live. Good thing for them that Mrs. Klaussen, their landlady, has Christmas magic at her fingertips.
Del Peale and Josephine Withers have both loved and lost. That is why neither has pursued their mutual attraction. A newborn left on the front steps brings them together. A cold house forces Del to face the home he shared with his wife and son. Is it enough to let them see that love is still possible if they share that love?
Will strange twists and an abandoned baby be enough to lead them to a Christmas wedding? Perhaps Mrs. Klaussen will need to step in with a miracle and a very special Christmas ornament? 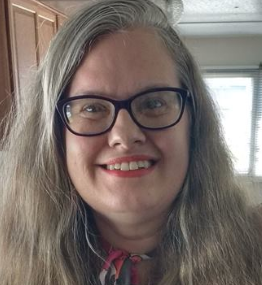 Marisa Masterson and her husband of thirty-one years reside in Saginaw, Michigan. They have two grown children, one son-in-law, a precious new granddaughter, and one old and lazy dog.

She is a retired high school English teacher and oversaw a high school writing center in partnership with the local university. In addition, she is a National Writing Project fellow and a regular contributor to the Sweet Americana Sweethearts and Sweethearts of the West blogs.

Focusing on her home state of Wisconsin, she writes sweet historical romance. Growing up, she loved hearing stories about her family pioneering in that state. Those stories, in part, are what inspired her to begin writing.