AN AGE WITHOUT PRINCESSES 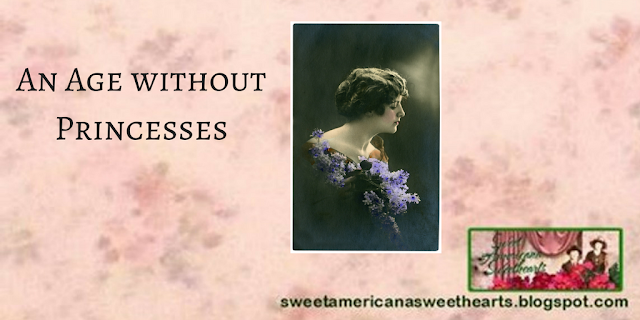 AN AGE WITHOUT PRINCESSES

I'm currently writing a story that takes place earlier than I've ever written before and something hit me. One of my character's might not do so well...because she's just not the right type.

When I think of the great pioneer women of the late 19th century, I think of women who worked hard right alongside their husbands. They raised families. They grew gardens and prepared meals in situations that leave me tired just thinking about. They didn't waste time, daylight, food, or resources. What they had was seen as a blessing.

So, when so many people are looking for a read that will help them escape the work-a-day life, why choose the pioneer era to read about? When, arguably, it was so much more work than now? Why not write about princesses and castles (I do like the occasional princess story)?

I think it's for a couple of reasons. First, we like the idea that we could be like the heroine. Even if she does more in a day than we normally do in a week, we could do some of the things she does and that empowers us as readers. Secondly, we see how far technology has come and it makes us grateful for what we have. We are so used to modern conveniences that we don't even consider what life would be like without a bathroom, until we read about someone in that situation.

I love writing about strong women and men, because, let's face it, the pioneers had to be. As an author who wants to be truthful about my characters, what a better age to pick from? Literally, an age (or rather a place) without princesses. They wouldn't have lasted long. Every character in a western novel has to have not only inner strength, of will and courage, but also physical strength, to weather the tough times.

I just hope I can find half the courage and strength that they did.
Posted by Kari Trumbo at 7:30 AM