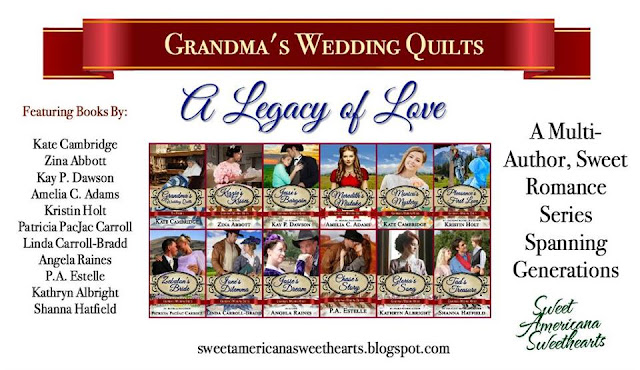 Feast your eyes on this!  Twelve, that's 12 books centered around one family. How fun is that. You will be able to read them in order or randomly. Each story is stand alone with references to their siblings.

Right now, a few are on preorder for only 0.99 with the others soon to follow. (Price will go up once each book goes live. So get them now and save.)

As for me? Yes, I have a book in the series. Zebulon's Bride 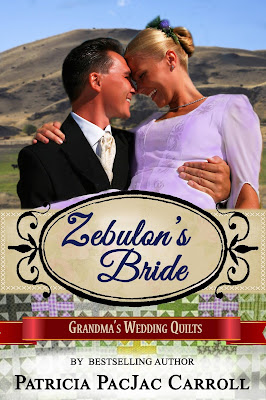 He’s vowed not to marry until he reaches Montana. Then he meets Amy, and she has other ideas.

Zebulon Benton dreams of going to Montana, but he’s the only son and his mother doesn’t want him to go and his father needs help with the family store. Unknown to Zeb, his mother sends off for a mail order bride. After all, if Zeb marries and settles down, he won’t want to leave.

Enter Amy Gordon from New York. She appears to be the perfect bride for Zeb. Except she also wants to go to Montana and nothing is going to stop her including her love for Zeb.

I am furiously typing away as Zeb and Amy reveal their story to me. Whew! These two are something else!

Be watching for updates, and I'll let you know as soon as Zebulon's Bride is on Amazon.
Posted by Patricia PacJac Carroll at 2:00 AM