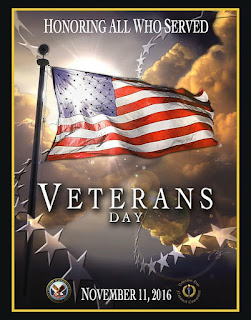 The authors here at Sweet Americana Sweethearts write stories set between 1820 and 1920, so it is appropriate that I mention the start of Veterans Day in 1919--one year after the Armistice of World War I.

1919:   One year later, Armistice Day was celebrated to commemorate that day.

1926:   Congress passed a resolution that Armistice Day would be an annual observance.

1938:   Armistice Day was made a National Holiday. 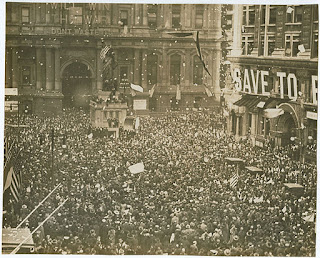 Other countries that commemorate their veterans annually are Britain, France, Australia and Canada. (On a different day than the USA.) In the Commonwealth countries, two minutes of silence are observed at 11a.m. on November 11th is observed.

There are approximately 23 million military veterans in the United States today.

I come from a family of veterans. I'm a daughter of a Navy Flyboy. My grandfather served in World War I and my great great grandfather in the War Between the States. My brothers and my two sons all served in the military. So it is unfathomable for me to consider letting this day go by without saying a huge THANK YOU to all the veterans out there.

And while I'm at it, I'd like to say THANK YOU to those who do their best to keep the people in this country safe -- our police and firefighters as well as our veterans who are currently in the military.

From the lakes of Minnesota
To the hills of Tennesee
Across the plains of Texas
From sea to shining sea
From Detroit down to Houston,
And New York to L.A.
Well there's pride in every American heart
And its time we stand and say 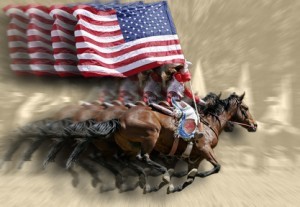 For information on my sweet historical westerns please see
www.KathrynAlbright.com