The State of Missouri During the Civil War's Early Years

The State of Missouri During the Civil War's Early Years

The civil war during the early years was quite controversial. That's not saying the whole five years of the war wasn't controversial, it was. But early on, at the beginning and during the first year, Missouri was run by the union but had many Southern Sympathizers. Even before the Civil War, during the 1850s, there were many debates about expanding slavery westward. The Kansas-Missouri Border War during the 1850s was one conflict that triggered the talk of slavery.

Missouri was claimed by the North and the South, causing a rift like no other between its residents. The Union army was in St. Louis, where my story, Bride of Missouri takes place. The Federal Army was prominent in St. Louis and most of the residents were German Immigrants who agreed. But, there were also Southern Sympathizers and it caused conflict daily. Missouri was a slave state. Some slaves had already been freed, and they worked in St. Louis as well. 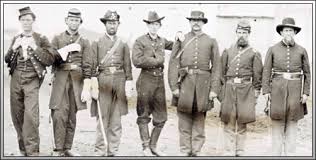 In my book, Bride of Missouri, which is part of the North and South Civil War Brides series, I took a real-life event from the beginning of the war and twisted it to suit my story. There were Arsenals near St. Louis, filled with guns and ammunition from the Federal Army. With the uprising and conflicts, one of the officers from the Federal Army was worried the Governor, who was a Southern Sympathizer, would try to take over the arsenal, which meant giving the guns to the South. Conflicts like these were common and the unrest, along with the struggle to help get slaves to freedom through the underground railroad was strong in Missouri.

Even though Missouri was a slave state, there were so many battles and issues going on that the public was not aware of. If you want to learn more about that time, pick up a copy of my book which has plenty of history about the war, but mostly, it is a romance during this time in history. Can love be found in the midst of a civil war?