What Makes Cheyenne So Special?

Cheyenne, Wyoming is beautiful, and the destination for the most recent Mail-Order Brides series with the Sweet and Clean Book Club author collaboration!  Why Cheyenne? What makes it so special? 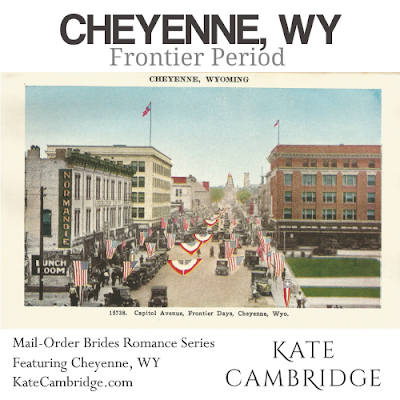 Truthfully, covering everything would make this article far too long, so I'll start with what inspired me to select Cheyenne for Maud's Devotion, and the second book in this series, Helen's Promise, and the remaining two books that are yet to be announced, and provide a high-level view.

Cheyenne is located on the southeast corner of Wyoming, and close to the Colorado border. Historians believe the original inhabitants of this area were large game hunters, and in the mid-1970's archaeologists discovered evidence of human habitation. Mammoth remains were found in the same location as ancient implements that appear to be designed to kill animals; consisting of agate, quartzite, and even jasper artifacts. How incredible is that? 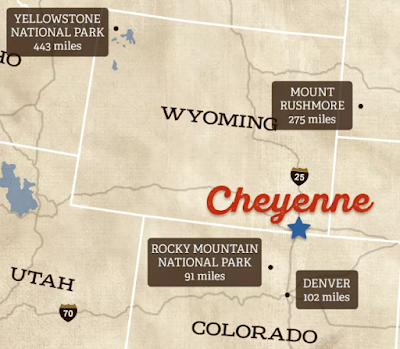 It is possible that French fur hunters penetrated this area of Wyoming in the mid-18th century, but historical records tell us that exploration of the area began closer to the 19th century.

Gold was discovered in the 1860's and 1970's, and that led to all kinds of migration west, and unfortunate conflicts between Native Americans and the people moving into the area.

In 1867, the Pacific Railroad entered southern Wyoming, coal mines were built, and many towns sprouted up in the surrounding areas, and by 1968 the area ballooned to a population of 11,000!

Cattle ranches were established in ernest around this time, and Cheyenne was declared the temporary capital in 1868.

Here comes the main reason for choosing Cheyenne, Wyoming as the destination for this series (and if you've read any of my books, this will make perfect sense to you),  the territorial legislature granted women the RIGHT TO VOTE, hold office, and serve on juries in 1869. Wow! This was the first law of its kind in the country, and Cheyenne should be very proud of this!

Of course, part of the reasoning behind this law was to attract more women to the area, but regardless, I think it's wonderful and progressive of this new territory.

The women in my new baby-focused series, and part of my collaboration with the Sweet Clean Book Club, are women to whom this new law mattered, and many of them were active in the Suffrage Movement.

Thank you for joining me on this high-level brief of Wyoming's history, and in particular Cheyenne. Join me next month as we explore more interesting facts about this influential and beautiful area!


Visit KateCambridge.com for more information, or KateCambridge.com/Choice to join the Choice Readers group for special launch-day pricing, contest, and more. Be one of the first to know what happens next...