The Life of the Poor

Even though I am only about halfway through my current book, I’m always letting my mind whirl and come up with ideas for new books.  Sometimes I can find the inspiration for a story from the slightest discussion or image.  A few weeks ago, an author friend I know put up a picture of a letter discussing the auction of 3 women.  They were part of an auction of the poor.

There was something about the idea of it that struck me.  Can you imagine living back then, especially as a woman, and not having the means to support yourself or a family?

Today, there are programs in place to help the poor, but back then, some of the things they did are unbelievable to us today.

Auction of the Poor


If a person was destitute and unable to provide for themselves, they could be auctioned off to the lowest bidder.  The bidder would state a price they would be able to provide for the person, or even a family, through public funding.  They would provide housing, food, clothing and health care to the poor and their family in return for free labor.

The amount of time would be contracted, usually a year or two.  Even though it wasn’t technically slavery, it was a form of indentured servitude and the poor were completely reliant on the kindness of the bidder who won.  There weren’t any laws in place to protect them from abuse or mistreatment.

*If you would like to see the original article that started me reading more about this, you can go to http://www.poorhousestory.com/AUCTION_POOR.htm


The Start of Poorhouses 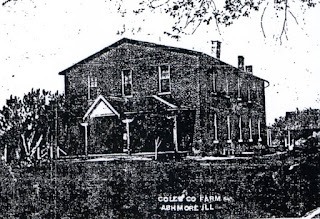 Poorhouses provided another solution that were hoped to be a better way to provide for the poor in communities.  If a person wasn’t able to support themselves or their family, they would be required to go to the tax-supported poorhouse.

These poorhouses didn’t turn out as hoped, costing much more to manage and maintain, and conditions in the poorhouses was often bad for the residents.  The thought of having the poor work every day would keep the lazy away.  However, it ended up being a majority of the residents being those who weren’t able-bodied - instead, housing the elderly, sick, disabled and homeless children.

Eventually, they had to set up different facilities to care for the dependent poor, and sent the able bodied people to what they referred to as a poor farm, or a workhouse.

We have all struggled at one time or another financially, and to consider what so many of these people would have been faced with back then is unimaginable.  If they didn’t have any family to take them in, or care for them, they could literally be auctioned off to the the lowest bidder.  Or, be sent to live in a poorhouse.

While these findings can be good fodder for a story, the truth of what would have happened to these people could never truly be described in the pages of a book.  I read through some articles I found, and almost cried hearing about the children who were left to fend for themselves or to help make money for their families.

This is just a short overview of what happened.  As I research for my next book, I might find myself wishing I had never started reading about the lives these people would have faced.

One thing for sure, the next time I complain about not having the money for something I would like, I will thank my lucky stars that I'm not being forced into the lives they would have lived. 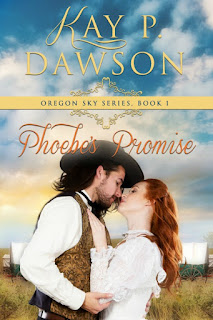 Kay P. Dawson’s first mail order bride series, Wilder West, is available on Amazon.  Her new series, Oregon Sky, will feature the Wallace family who have settled in the Willamette Valley.  The first two books in the series, "Phoebe's Promise" and "Audrey's Awakening" are now available on Amazon!