Nestled in the southwest corner of South Dakota, a mountain range rises from the prairie and badlands in a forest of vivid greens and granite peaks. They house a shrine to American democracy, and one of the wild west's most notorious towns. Breathtaking views, mountain streams and glorious falls rushing down canyon walls.

They are the Black Hills, the Paha Sapa, The Heart of Everything That Is.

Long before white men ever encountered the hills, they were a sacred place for the Native Americans. A place not to inhabit, but to seek visions, perform rituals and hold ceremonies.  The birthplace of the Lakota nation. Holy Grounds.

For centuries, the Black Hills belonged to the Native Americans, unseen and untouched my white men. That would all begin to unravel in 1743, and the next two centuries would see a continuous battle for ownership.

In 1743, an expedition consisting of French men, led by Indian scouts, first laid eyes on these sacred mountains. This expedition was the first known account of anyone other than the natives nearing the area. However, they would not step foot in the lands, as their Indian guides refused to take them further.

In 1823, Jedidiah Smith ventured to the Black Hill with 15 other men. During this golden age of trapping, some other men did venture into the hills, but many kept out, respectful of their sacredness.

As America pushed west, more settlers came to the area. In 1851, the US Government brought together representatives from many of the Plains tribes, including the Cheyenne, Sioux, Arapaho, Hidasta, Arikar, Assiniboine, Crow and Mandan. The result of this council was the first Ft. Laramie Treaty, in which the Sioux were granted sixty million acres of land, including the Black Hills, that could not be settled by white men and in exchange, safe passage through would be allowed.

By the mid-1860's, rumors of gold began to circulate. Citizens from what is now eastern South Dakota appealed to congress for exploratory and mining expeditions. In 1867, General Sherman denounced these efforts, and said not only would there be no expeditions, the army would not protect any civilians who went in on their own.

Tensions continued to rise and in 1868 the second Ft. Laramie treated was signed, and is the one to which all current actions refer. In this treaty, Lakota land was reduced to twenty million acres, from the previous sixty. Miners and settlers were once again prohibited from entering without authorization, and in return, raids on nearby homesteads and trains would cease.

Among ever-rising tensions and further reports of gold, General Custer led an exploratory expedition to decide on the feasibility of establishing a fort. The true intentions are oft debated since he also brought a geologist and miner.  On July 30, 1870, gold was found near the present day town of Custer. With rumors now verified, hopeful men rushed to the hills. By 1876, there were over ten thousand men, where there had been only hundreds in the few years prior.

Despite an attempt to negotiate peace, no agreements could be reached when several leading Chiefs were called to Washington. In 1875, in a decision kept quiet, President Grant declared there would be no more military intervention.  With their sacred lands being trampled, tensions reached a boiling point, leading to the battle of Little Big Horn in 1876, infamously knows as Custer's Last Stand.

Though it was a major victory for Lakota and other tribes, it proved to be the beginning of the end.  In August of 1876, a new treaty was enacted in retaliation for Little Big Horn. This treaty claimed the Black Hills for the US government, and while it was never signed by three-quarters of the Native leaders as required, a few did sign out of threat of starvation.  This would lead to bleak times for the Lakota people.

The twentieth century saw a series of lawsuits, meant to return this sacred land to the Lakota, culminating in a 1980 Supreme Court Decision that said the Black Hills were illegally seized and the US must pay for the land, amount of gold and natural resources illegally removed, plus interest.

The Lakota have refused this money, as that would end their bid to have the Black Hills returned to their ownership. Currently, the money sits in an account under the Bureau of Indian Affairs, with a sum exceeding one billion dollars.

This is a very brief summary of a very complex issues, but an enlightening part of our history. The Black Hills are a stunning plot of land and within them, an ethereal quality lurks behind the pines and aspens, spruces and birch, under the rocks and in the meadows. When you go, take a moment to find silence. Close your eyes, listen to the quiet, and you might just hear the whistle of an ancient flute. 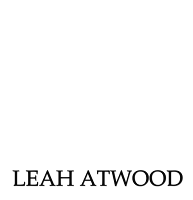 Author of the Bestselling Brides of Weatherton Series