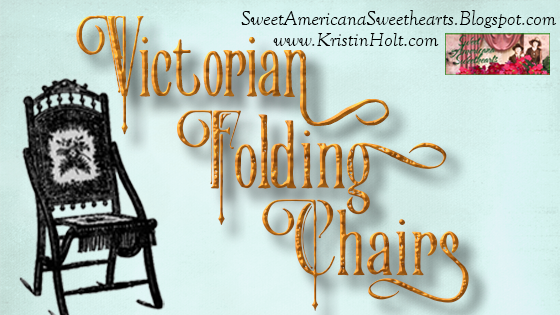 Oh, yes. Victorians (on both sides of the pond) enjoyed folding chairs... whether military commanders on campaign, or well-to-do ladies in their home parlors. Folding chairs could have no back support (such as in a camp chair) or could have a back, be made of wood or a combination of wood and wicker, wood and cushions, wood and tapestry, cast iron and cushions...

“Folding chairs were all the rage in parlors around 1870. This example was made by the  Boston Furniture Company, though many manufacturers produced similar products. These affordable, machine-made chairs were enhanced by hand-carved details, such as the charming dogs’ heads on the armrests. This particular piece was done in the Renaissance Revival style.”

American inventors made improvements over more historic models—some dating back to the ancient world.

Folding furniture was stylish in Victorian America, as space was often limited, and folding things up and putting them away or bringing them out when needed was seen as a popular and worthwhile feature. The following transcription is part of an article that appeared in The Tennessean of Nashville, Tennessee, on February 13, 1880:

“Folding chairs, with and without rockers, are now extensively used in towns and cities for the purpose of bringing into rooms when an unusually large number of persons are present. These folding chairs would be very convenient in those country houses where folding bedsteads are so much desired. A dozen of them may be packed into the space ordinarily occupied by a common armed chair or large rocker. As they may be closely packed in bundles, they can be sent on cars or wagons long distances at small cost, and with very little liability to injury. Being light, they are easily carried from place to place, while they are extended for use almost without exertion. When a room is to be cleaned, or when it is wanted for special purposes, the folding chairs may be removed with little trouble.”

Folding chairs were sold all over the country as the railroad made delivery of goods much easier. This advertisement comes from Atchison, Kansas, in 1874.

Two popular shapes and styles were sold nationwide in the 1880s: the chaise lounge style and the typical sitting chair. Can't you see a well-to-do Victorian-era lady reading in her adjustable folding chair?

This advertisement shows an adjustable folding chair, for sale in 1881, in Racine, Wisconsin. Note the commentary within the ad (bottom of section 1): “IT IS THE BOSS.” Sounds a bit modern, doesn’t it?


This advertisement for an upright folding chair dates from 1879, published in Leavenworth, Kansas.

While writing a full-length romance novel in both my Holidays in Mountain Home Series (title 8; technically 9th), and book #8 in the soon-to-be-released Thanksgiving Books & Blessings Collection One (with 8 other authors). Please join us (as about half of us writing this collection are also Sweet Americana Sweethearts contributors) on Facebook. We have a fun group that’s already had one bit FB event, and we’ll be having another!

WHAT DO FOLDING CHAIRS HAVE TO DO WITH IT?

Unmistakably Yours has an elderly mother character who brings her folding chair along to the harvest festival in Mountain Home (and sees to it a helpful 13-year-old young man carries her seat) so she might enjoy the festivities and entertainment without being forced to stand. I must say this 70-year-old woman has quite a bit of my now 79-year-old dad. (As far as his insistence on comfort, and carrying along a lightweight, folding chair for circumstances when he knows he’ll be glad to have it.)


I envisioned the typical folding chair style for my heroine’s mother, Mrs. Mary Vancoller. Something like this 1870 American folding chair will do:

Unmistakably Yours is set in 1887 Colorado, my “fictional town set in a very real place”—Mountain Home. Not too far up (way, way up!) in the Colorado Rockies, west of Denver, Mountain Home is nestled in a high valley, rich with mining and ranching history. This small town has been the setting for 9 titles so far, with many more to come. This image represents most of the books... (I really should update it). See much more about this series on my website.

Fans of Sweet (romantic without the sex), Clean (no offensive language), Christian (some are Christian, some are not--see each title's book description) will love this new series! NINE brand new books, all with a focus on Thanksgiving and Books and Blessings!


Series Links on Amazon: [All titles will release in September 2018, and all will be included in Kindle Unlimited for the first 3 months. If you’re a KU reader, make sure you borrow right away, as some will no longer be in KU after early- to mid-December.]
GONE TO TEXAS, book one by Caryl McAdoo
GATEWAY TO THE WEST, book two by Susette Williams
TRAIL TO CLEAR CREEK, book three by Kit Morgan
HEART AND HOME, book four by P. Creeden
NO TURNING BACK, book five by Lynette Sowell
DAUGHTER OF DEFIANCE, book six by Heather Blanton
NUGGET NATE, book seven by George H. McVey
UNMISTAKABLY YOURS, book eight by Kristin Holt
ESTHER'S TEMPTATION, book nine by Lena Nelson Dooley

Folding Chairs were a DANGER then, too:

And there you have it. Victorians enjoyed folding chairs just like we do today. Look for Granny Vancoller’s folding chair to show up at Thanksgiving dinner. She’s rather particular, and doesn’t leave home without it. 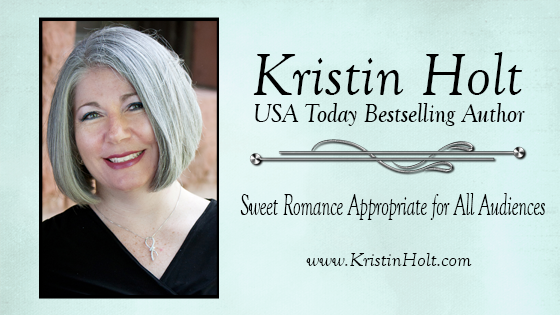