The Case of the Disappearing Mother

I’m sure we all who have children have had difficulty getting them to pose for a formal photo shoot. Our kids are used to being photographed. The speed of camera shutters helps with this. Imagine you are having a photo of your child or children and the shutter speed is slow, making the subject have to sit still for several seconds. With some children that’s pretty difficult.

The children of the 19th century weren’t familiar with cameras. They’d been dressed in their Sunday-Go-To-Meeting clothes on a day which wasn’t Sunday. They had to stay clean while the traveled or walked to the photograph studio. Then they had to stand or sit still. This was serious business that the children most likely didn’t understand. 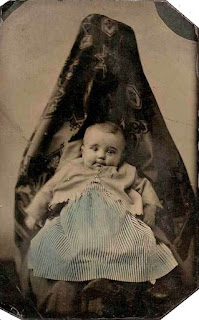 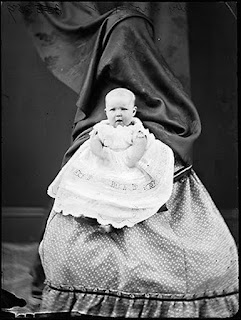 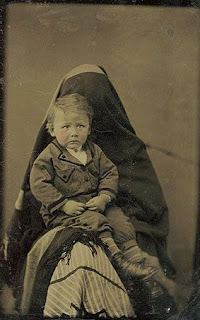 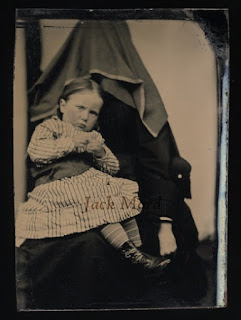 This little girl wasn't very happy her photo was being taken. 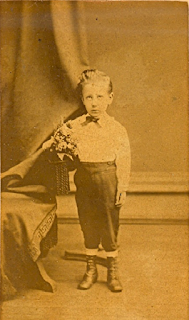 This is my favorite. His mother is really keeping him corralled.

Why the mother's are hidden is debated. Some say it's because the focus was to be on the child. Other say that the mother wasn't important enough to be in the photo. This seems a bit off to me since there are many photos of mothers and children and families.


A sad version of a child’s photo was one taken after death. It seems quite morbid to us but it may have been the only photo ever taken of the child so would have been a treasured memorial. The child mortality rate was quite high and what we would consider a mild illness was often life threatening at the time. In these photos someone is behind the blanket supporting the child. 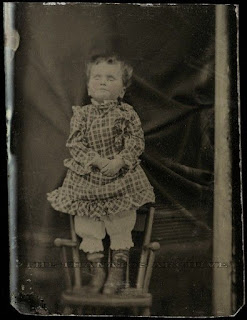 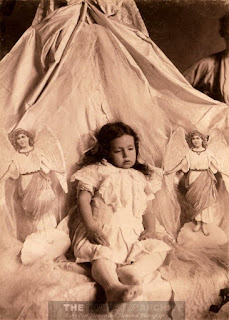 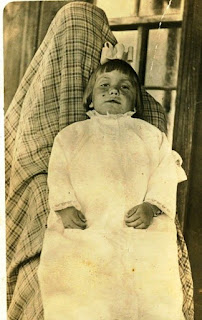 Ever since photography began people have taken pictures of their children. I'm glad we normally don't have to take images of those who have passed away. I'm also glad I didn't have to hide in photos with my boys.