How Much Social Commentary Should Historical Romances Include?

Most people pick up a fiction book to be entertained and escape into another world for a few hours. They want to think of the problems wrestled with by others. Even if the reader isn’t looking to specifically learn anything new, the author can use the vehicle of the novel to provide information that leads the reader to further reflection on a topic. Of course, the details have to be subtle, or the author risks the reader setting aside the book due to a lecturing tone. Novels written about events in the current times cannot escape containing bits of social commentary, because the author sets obstacles familiar to contemporary readers before his or her characters and guides them through the problem-solving process.


Historical authors may have the same goal but have to research what situations were ongoing in the time period being written about. Culture clashes have existed since the first peoples moved out from their secular group to explore what was beyond that next hill or across the nearby stream and encountered those from another area. In the settling of the American West, one of the biggest clashes came over grazing rights and, by default, water rights. Although the grazing lands were public, because sheep eat the grass down almost to dirt level, insufficient forage was left behind after a herd moved through an area. This issue put the cattle ranchers and sheep herders on opposing sides, and often violence resulted. Over the fifty-year period starting in 1870, 120 armed engagements occurred resulting in the deaths of 54 men and between 50,000 and 100,000 sheep. 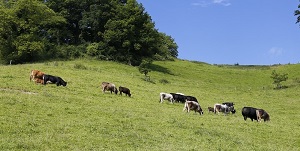 Even within the cattle industry, different views about who had rights to the public grazing lands existed. The conflict between free grazers and a powerful rancher was depicted in the 2004 movie, Open Range, starring Kevin Costner, Annette Benning, and Robert Duvall.


I used this well-known animosity between cattlemen and sheepherders for building a recent story set in 1887 Aspen. Similarly, other writers have used the theme of Romeo and Juliet or the feud of the Hatfield and McCoys as the spine of their stories. Another goal in my story planning was to relay that those with opposing habits might also possess unique skills that could prove helpful if a person looked past the prejudice. 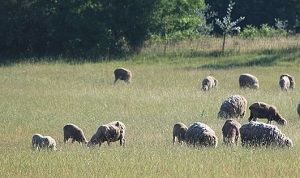 
Is learning about social attitudes of past times one of the reasons you read historical romances? (an electronic copy of my Christmas set novella goes to a random pick of one of the people leaving a comment)


After losing half his herd in the Great Blizzard of 1886, rancher Konrad Werner needs to safeguard his cattle. Tomboy Anora Huxley trains the Australian Shepherds and Kelpies that run the family’s sheep herd. Although cattlemen and shepherds are at odds, the pair discovers common interests. A threat is overheard, and Konrad rides out to Anora’s ranch to protect her. The tense situation reveals their true feelings. Will Anora be swayed by family loyalty, or will she listen to her heart that responds to Konrad’s silent signals?
~~~~~
Linda Carroll-Bradd's web contacts
Amazon author page
Author Facebook page
Musings About the Writer's Life Blog
Sign up for my occasional newsletter here
Posted by Linda Carroll-Bradd at 1:00 AM