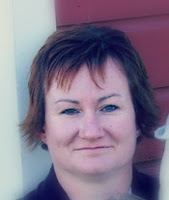 I am a stay at home mom, who loves to read and write clean historical romance. I enjoy thinking back to a simpler time, a time when men and women were true heroes. I also believe that a good romance can be told without needing to know all of the details;)

All of my stories will tell of people who find true love, and who find their happy ever after. Sometimes the road might be rocky, but that makes it all worthwhile!

My Latest Series...Love's a Gamble

Is Love Worth the Gamble? 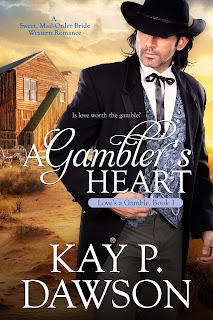 Fiona is tired of the London society, where status and looks are the most important traits a man is looking for in a woman. Wanting a chance at a new life, away from the pitying stares and loneliness of her life in England, she answers an ad as a mail order bride in America.

Brooks is a gambling man, who wants revenge against his father's killer. His plans are complicated when Fiona lands in his lap after a winning hand.

He doesn’t have time to be looking after a woman, especially one who should have known better than to come to a strange country on her own. But, somehow, she has become his problem.

Will the final wager cost him his heart?

Click Here to Get "A Gambler's Heart" on Amazon...

She needs to escape the brutality of the life she’s living, and he needs a wife to win a fortune… 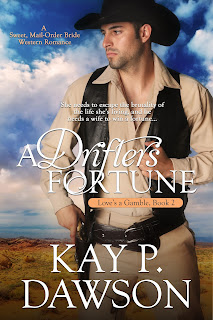 Patience has been raised by family who treat her as little more than a servant. After years of pain and abuse, she knows it’s time to get her and her younger brother to safety before it’s too late. She answers an ad looking for a mail order bride, knowing that whatever the future holds with a complete stranger, it could never be worse than what it is now.

An eccentric man has left his beloved Last Chance Ranch to the first man who can find a woman to marry him. Problem is, it has to be a woman they’ve never met, and they have to get her to agree to come to the desolate ranch full of surprises, in the middle of nowhere, and stay for at least six months.

The race is on to win the fortune.

Harrison is determined to send the woman away after the term is up, paying her dearly for her time. He’s lived in the shadow of his family name long enough, and wants to create his own mark in the world. He doesn’t have time for anything else.

But, when Patience shows up, his plans change as he realizes there might be more to life than earning a fortune. And, maybe the fortune he has in front of him is already worth more than he could have dreamed.

Click Here to Get A Drifter's Fortune on Amazon...

Can he prove she’s worthy of the love he has to give? 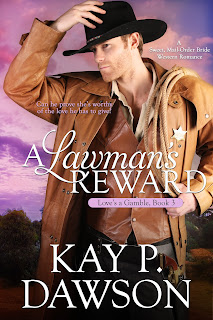 Lydia is ready for her fresh start as the teacher in the growing cowtown of Abilene, KS. Her brother isn’t happy about her living in town on her own, so only agrees if his friend—the local sheriff—is willing to keep an eye on her.

Lewis Kinkaide has left a life behind, following his dreams of working as a lawman in the wildest town in the west. He agrees to keep his eye on Lydia, knowing it’s no hardship since he’s already had his eye on her for a long time.

Can Lewis prove to her that her disability, which she believes leaves her with nothing to offer a man, is in her eyes only? And, what will happen when secrets from his past come forward, threatening to ruin the hope and trust they've started to build?

Click Here to Get A Lawman's Reward on Amazon... 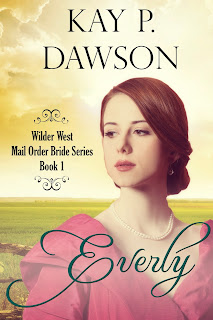 The terms of her father's will leave Everly with no choice but to marry before her 21st birthday in order to ensure the security of her family. Will she be able to get over her anger towards men in enough time to find someone to marry? Answering an ad for a mail order bride, she finds Ben - a man who needs a woman to help him raise his two nieces left in his care. Can they find love while dealing with both a vindictive stepmother who wants to stop her from marrying, and a meddling woman who is determined to take the children from Ben? They will both have to learn to trust, even as the past threatens to ruin everything.
Click HERE to purchase on Amazon. 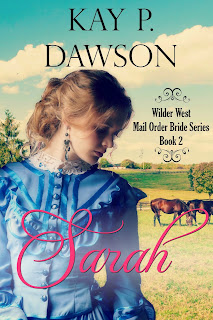 Wilder West Book #2:  **A sweet, clean mail order bride romance** Always optimistic Sarah believes in happily ever after, even after her own heartbreak. After overhearing a conversation that will affect her future, she decides to take fate into her own hands and answer an ad for a mail order bride. However, imagine her shock when she arrives in Wyoming only to discover the very man who broke her heart is standing there, determined to save her from the man she was coming to marry.

Jake swore he would never marry after being left at the alter, but as a favor to his cousin, he meets the train carrying a woman he has vowed to put his distance between. In order to save her from having to follow through with a marriage to the most dangerous man in the state, Jake ends up having to marry her himself.

Angry about being forced into a marriage he never wanted, Jake is determined not to make this easy. But, Sarah is also determined, promising to show him that happily ever after isn't just in fairy tales.

Sarah and Jake will be put to the test as they struggle to understand their feelings, until something happens that threatens to take away everything they have together.

Will Jake be able to realize his love for Sarah before it's too late?
Click HERE to purchase on Amazon. 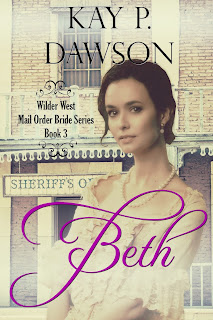 Wilder West Book #3: Determined not to be a burden on her mother, Beth takes a job working with the local sheriff. Hoping to use her position to help take down the much hated Barlow men, she doesn’t plan on the feelings she will start to have for the man she is working beside. When she is charged with a crime she didn’t commit, can the man she has started to care for help her? Or, will it be even too much for him to save her?

Nate Dixon has his own score to settle with the Barlow’s, and doesn’t need interference from a woman getting in his way. As if one woman working with him wasn’t enough to deal with, now he has another woman arriving with the expectation of marriage. Trouble is, she isn’t the woman he is in love with.

What will happen when he discovers something from the past that can change everything? And, will this new woman get between what is starting to grow between him and Beth?

Together, Nate and Beth will have to find a way to get through the pain of the past and learn to trust each other, while they deal with circumstances that seem determined to keep them apart.
Click HERE to purchase on Amazon. 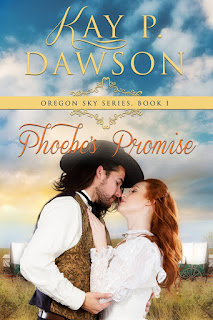 In order to keep a promise she made to her dying mother, Phoebe sets off with her younger sister to head across the country on a wagon train bound for Oregon. Dressed as a boy, all she has to do is find the captain of the outfit and convince him to take them along.

When Colton sees the young boy in front of him, he knows instantly it’s a woman - and he has no choice but to take them along. Their wagon is packed and ready to go.

The weeks ahead will bring many challenges, heartbreak and hardships. Does Phoebe have the strength to get them safely to Oregon? And, can she learn to trust Colton to help when it’s needed? 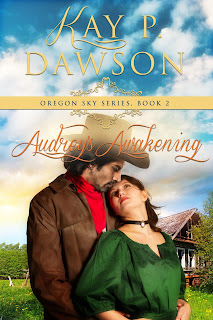 A marriage in name only.

After losing her husband on the Oregon Trail, Audrey is being forced home to marry a man her father has chosen. Still grieving her husband, and not wanting to leave her new home in Oregon, she makes the decision to marry a man who needs her help looking after his daughter - a marriage he has said will be in name only.

Reid Wallace lost his wife during childbirth and has been raising his two year old daughter alone. His heart died with his wife, and he has vowed to never love again.

The new couple will go up against a father determined to have the marriage annulled and take her home. Illness, insecurity, and guilt as their hearts struggle with the new feelings they are uncovering will threaten to destroy everything they have.

Can they help each other heal the pain in their hearts, while finding a way to love again? 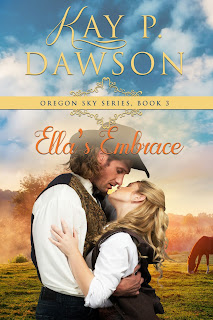 Ella has always been determined and headstrong, vowing only to marry for love. At her age, it seems like her chances of that happening have slipped away.

When she is left the title to half of a neighboring farm, she sees the opportunity to have her independence, and not become a burden to her family. The only problem is that there are stipulations, one being the fact that she has to work alongside the man who’s been left the other half of that farm.

Titus Cain has his own demons to face, and taking over a farm in Oregon with a woman isn’t in his plans.

To make matters worse, someone else has their eye on the land, and they’ve already proven they’re willing to kill whoever gets in their way to get it.

What will happen when two people are forced to join together to save a farm, and risk their lives to find who killed the man they both loved? Can a young woman live on a farm with a man who isn’t her husband, without ruining her reputation, even if it is for all the right reasons?

Ella & Titus must fight together against the circumstances trying to tear them apart.