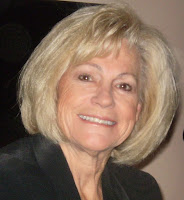 Penny Estelle was born, long ago, in Iowa City, Iowa.  Her family up and moved to Mesa, AZ, when she was a toddler, and has remained in Arizona since.

She started writing for children right before retiring, claiming after working so long with children of all ages, she has plenty of material to work with. “I was never a reader as a child or teen and I missed out on so many adventures.  I think it's very important in today's world to get kids reading and keep them reading.”

Her books for the younger group include two children’s picture books, Have You seen My
Tail? and The Red-Eyed Mr. Glumb, a couple books of magic and fantasy, Hike Up

Devil’s Mountain and The Bearded Dude in the Puzzle, plus a series of time travel
adventures for ages 9 – 13, The Wickware Sagas.

Penny decided to try her hand at writing for the older crowd.  She now has a family drama about
desertion and addiction, four contemporary romances, a paranormal romance and five historical
western romances under her belt.  She and her husband also wrote a non fiction short story on their
experience living with solar.

Penny Estelle was a school secretary for twenty-one years.  After retiring, she and her husband
moved to their fifty-four acre ranch in NW Arizona where they live off the grid.  Solar and wind is
the only source of electricity.  “A real adjustment for a city girl, but I love it.  At night, the sky is an
explosion of stars.  It is breathtaking!”

If Penny is not working on stories, she enjoys four-wheeling on unexplored roads, visiting with
family (especially her seven grandchildren), and enjoys the occasional visits to the casinos.  She also
admits her weakness is ice cream, anytime, anywhere!

Penny and her books can be found in the following links:

Below are a few of my SWEET historical romances!

Hannah Brown, a mail order bride, is everything Samuel Morrison wants in a wife and more -- or so he thinks.  Hannah brings with her a secret that, if revealed, could destroy the life she has come to cherish with Samuel and his daughter.
http://www.amazon.com/Hannah-Bride-Iowa-American-Order-ebook/dp/B017HLRB5Q

On his way home from a cattle drive Jesse Mason finds a woman who has been shot, barely breathing, and an infant. What are they doing out in the middle of the Kansas plains, miles from any town, and who wants them dead?

Ginny and Jesse are expecting their first baby. It's almost April and even the snow that continues to fall doesn't dampen their moods - until something starts ripping apart the livestock.

But when Jesse comes home during a blizzard and finds his wife and daughter missing, he chokes on a fear that he hasn't felt in a long time!
http://amzn.to/1Isjfcf

Victoria Stone is the new school teacher in Salina, Kansas.  The people of Salina do all they can to make Victoria feel welcome and her students are finding their way into her heart. Then there’s the town’s sheriff who is getting under her skin and turning every emotion she has inside out.

But in her bag, Victoria isn’t toting books and school supplies.  There is a score to settle in Salina, Kansas, and nothing or nobody is going to deter her from putting things right.