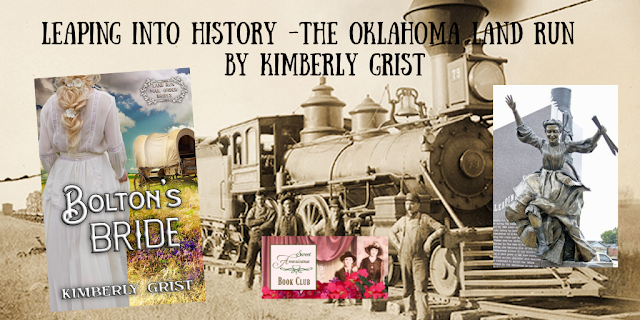 On April 22, 1889, pioneer and newspaperwoman Nannita Daisey joined other reporters jampacked on the Sante Fe Boomer special, carrying her on a plum assignment covering the first Oklahoma land rush. Daisey would not only report on the event but would also become the first female to stake a claim. 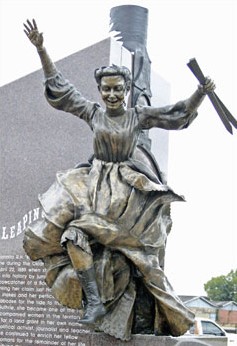 By utilizing the newly constructed Sante Fe Railroad, which cut through the Unassigned Lands, almost 2,500 hopeful pioneers packed the coaches, some riding on roofs, steps, and platforms. While at the same time, an estimated 50,000 seekers on horseback, buggies, wagons, and on foot crowded the borders. 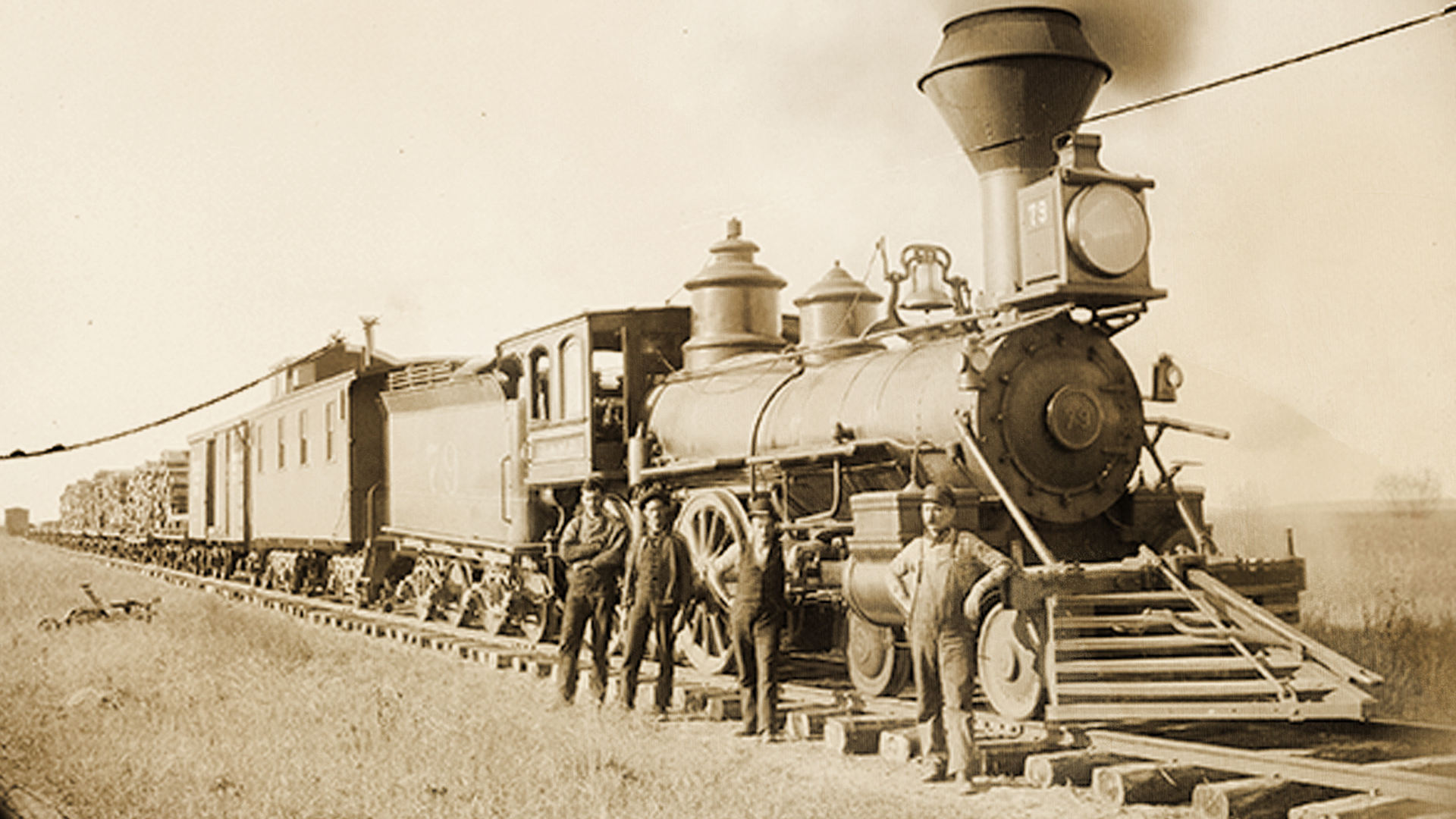 Photos courtesy of the Edmond Historical Society & Museum.
Once inside the Unassigned Lands, the engineers were limited to a speed of 15 mph to safeguard that railroad passengers did not have an unfair advantage over those on horseback or in wagons. The train sometimes slowed to a near stop so settlers could jump off to stake claims.

Here is how Daisey described her plucky scheme:
"You see, I’d been in this territory a good deal, and I had a good claim picked out. It’s about 20 miles south of [Guthrie], just alongside the railroad. I got on the first train the day it was opened—got on the engine. Jiminy! I had my cloak, a revolver and my two claim stakes with my name on them. When I got even with my claim I gave a jump while the train was in motion. I landed feet first, you can bet your life, while everybody in the cars yelled “Hurrah for Nannita Daisey!” As the train went by, I planted my stakes, threw my cloak over one, then fell on my knees and discharged my revolver in the air, exclaiming: “Thus I salute the Kentucky Daisey’s claim!”

Daisey also participated in Oklahoma's second land run when the Sac and Fox lands were opened on September 22, 1891. Unfortunately, her horse stumbled and threw her in the path of the rushing stampede. Although she survived the fall, The National Police Gazette ran a full-page illustration of the fallen reporter, trampled and lifeless. Another dispatch reported that, indeed, she had only been rendered senseless, eventually returning to consciousness to declare, “The lot is mine!” 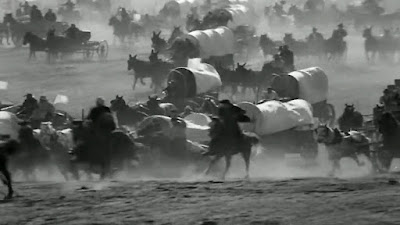 Perhaps still affected by "land rush" fever, Daisey organized and accompanied a group of eleven women in preparation for the April 1892 event. She made her entry in 1891, a bit "sooner" than allowed, and was caught leading a packhorse loaded with provisions. She was escorted by U.S. Army troops to El Reno. 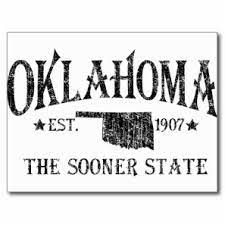 I enjoyed researching the Oklahoma Land Runs and had difficulty choosing which one to write about. I've participated in some Black Friday Sales in my day, so I can only imagine trying to compete on horseback, on foot, or even by bicycle. I think I would be crazy enough to want to try, what about you? What would be your choice, wagon, horse, train, bicycle, or on foot? 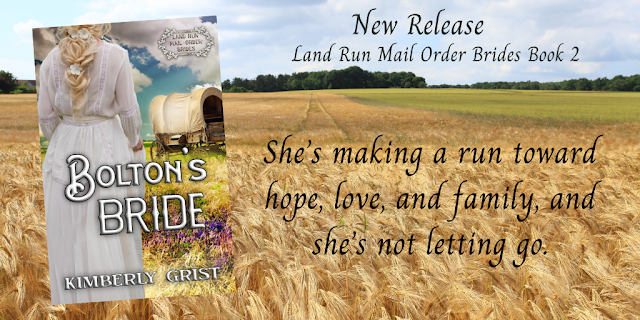 https://www.amazon.com/dp/B09WCFF6T5
Orphaned as a young girl, Ella longs for a life she’s only read about in books. To escape a desperate situation, she heads west as a mail-order bride, narrowing her choice of spouse to three brothers, a millwright, a businessman, and a horse trainer, all searching for a marriage of convenience which will provide the inheritance that will finance the family’s business venture in Oklahoma. Newspapers claim the unchartered territory is a land where streams flow with milk and the heavens rain down a supply of honey. Will her road lead to the Promised Land?
Fans of historical romance set in the late 19th -century will enjoy stories combining, History, Humor, and Romance, emphasizing Faith, Friends, and Good, Clean Fun.
Connect with Kimberly: